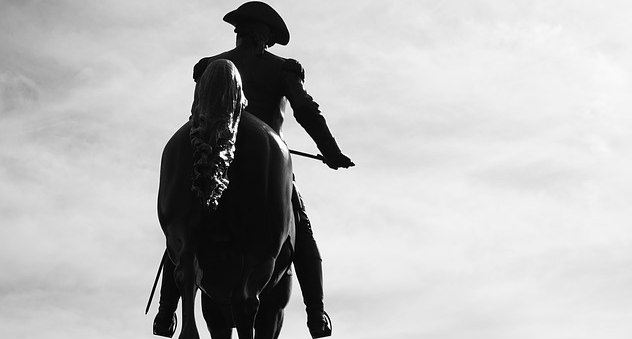 Most people are familiar with the midnight ride of Paul Revere and its historic relevance to our nation. Paul Revere rode into Portsmouth to warn locals of the British intention to secure all their munitions. (to keep the rebels from getting their hands on them)

Portsmouth's patriots gathered and planned an attack on Fort William and Mary.

They swarmed the walls of the fort and seized 97 barrels of gun powder.

As word spread of the successful attack more patriots were recruited.

Before British reinforcements could arrive to defend the fort, the patriots attacked once more and seized cannons, muskets and ammunition.

Today at the fort, now named Fort Constitution, there is a plaque that declares it as the location of the first victory of the American Revolution. "Other rebellious acts preceded it, but the raid on Fort William and Mary was different in that it was an organized, armed assault on the King’s property, rather than a spontaneous act of self-defense. Following the colonists’ treasonous acts in Portsmouth Harbor, British resolve to seize rebel supplies only strengthened, setting the stage for what happened four months later at Lexington and Concord."  Smithsonian.com

For a more detailed account of this historic event, read this excellent article at Smithsonian.com, The Midday Ride of Paul Revere, written by Christopher Klein.

Belinda Spillman  I had no idea until I read a little about it on facebook this morning. I found it interesting and did some research for the "rest of the story" and decided it was worth sharing.

Sheri Sperry - MCNE®  I find it all so interesting. I would find a visit to the Hopi reservation fascinating.

Hi Sharon --- I've never been to New England and there is so much to discover there that goes far beyond what I might find at Neena's house of creativity.   Thanks for today's unexpected but interesting history lesson.

Sharon, interesting history lesson on what happened 242 years ago.

Sharon, your area is so rich in history!  I bet the wee ones love field trips with Neena.

Hi Sharon - I remember reading about that attack a long time ago, but I had totally forgotten about its significance.

Good afternoon Sharon, I visited this when I was in Portsmouth several years ago-New England is definitely where it all began.  I must admit however, that I always felt a keen interest in The Battle of Brooklyn, which was not a success for the colonists, but definitely led to a turning point in the war and in the founding fathers visions.

Michael Jacobs  I'm glad you found it interesting. Although it's about my area of the country, it pertains to all of us....our beginning as a nation!

Rebecca Gaujot, the Go To Realtor®  I had no idea Paul Revere came to Portsmouth....I found it very interesting!

Kathy Streib  Not to Boston yet, but someday. We did take Tom and Jack to another fort in the area in September and they LOVED it. Fort Constitution will be on next summer's agenda!

Dick Greenberg  You know I say "I had no idea" but I'm sure I must have at one point and just forgotten. The mind is not what it used to be.

Joanna Cohlan  So many historic battles to get our independence....the courage of the patriots that fought for it should never be forgotten.

That is the beauty of living in your corner of the United States, I always feel the history that your state has!  Thanks for that enlightening bit of history.  Ron went to Paul Revere middle school in Calif.  A

Thank you very much for sharing this interesting history lesson.

I learn so much here on ActiveRain and this is one of those times.

I remember learning about it in grade school, but I don't recall all of that, so I definitely learned something new today!

Ron and Alexandra Seigel  Every state has it's own history, all so interesting!

Roy Kelley  You are most welcome!

Ed Silva  Wonderful! I love your Santa pic! We make quite the stunning couple!

Brian England  I was in Massachusetts for grade school, so I'm sure I learned this, but of course I don't remember it.

Oh you flirt you.  I had no idea this was a dating site

Wow Sharon Tara,  Paul had a horse that could run.  I remember seeing his place in Boston last time there.

Will Hamm  He sure did....like the wind!

Thanks for sharing a story I didn't know. Paul Revere looks strangely like Jack Black.

Sharon, what cool facts of history right there where you are! I'd never seen an actual painting of Paul Revere...he seems different than I would have expected. Love reading about the  history of our country!

Gayle Rich-Boxman Fishhawk Lake Realtor (503)755-2905  Glad you enjoyed it. I found it very interesting too. I remember seeing a mini series on the History Channel, last year....Sons of Liberty. It was so good. I didn't want it to end. You would probably love it.