Flipping is when a licensee purchases a property and reselling quickly, with the intent of a good profit. Guess what, flipping done right is not illegal according to my sources, but certainly check it out for yourself. Flipping is also not the best way to maximize an investment.

If a buyer is short of the funds it would take to complete a purchase on his own flipping may be the only option. I recently had a buyer who made an offer on a piece of real estate that was larger than he could do on his own. He negotiated a great contract that did create value and then sold out of the unclosed contract for a healthy profit. In the past a person may have profited 5 to 10 thousand in that type of transaction, but more recently such as this specific transaction the buyer made from $50 to 100 thousand never even getting out the checkbook. It is important that if a buyer has any thought of doing such a thing that the buyer's name in the offer include and or assignee. Earlier this year I heard of a LLC group writing an offer on a piece of development ground that the development group could not afford, the group secured the acceptance of the contract. Within one day of securing this valueable development ground this buyer assigned the contract to another group keeping 25% of the profits from the eventual proceeds. One year later the original LLC that wrote the offer that group that never even got out their checkbook received 1.5 million dollars. The way this thing was set up it was considered long term capital gain for the group that never spent a nickel. All legal and I confirmed that this actually happened.

Flipping is an interesting practice that certainly can be profitable, but if a buyer can afford to it is even more profitable to keep for a while.

Do you have any stories or comments?

I wish my friends and clients would quit watching shows about flipping.  I feel like i spin my wheels trying to find homes they can flip and in our market I just don't think they exist. 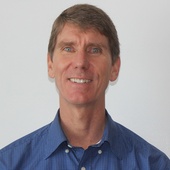