Mueller Lands Another Corporate Headquarters – Last April, there was a news announced about Texas Mutual Insurance Company that is relocating its headquarters and more than 600 employees to a new 270,000-square-foot building in Mueller’s Aldrich Street.

Thre Apartment Communities Are In The Works – There are about a total of 759 apartments that opened earlier this year along Barbara Jordan Blvd. Some of those are Aldrich 51 which is a predominantly workforce housing community by DMA Companies, Overture which is a Greystar project for seniors age 55 or better and a second AMLI community.

John Gaines Park Gets A Warm Welcome To Mueller – Even though the month of July is full of heat, there were hundreds of area residents who came to the official opening ot John Gaines Park which is named after Austin’s first African-Ameriance police officer.

Do you think Mueller is the place for you to live in? If YES then don't hesitate to call 512 215 4785. We'll definitely answer all your questions regarding any homes available in Mueller! 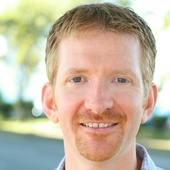