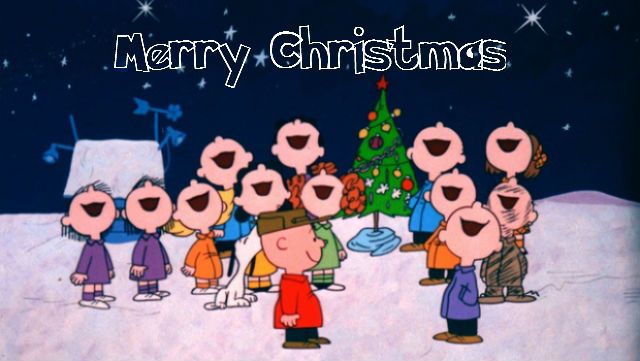 I have shared this story for years with thousands of people.

I share it with you as I wish you much Love and Joy this Christmas.

My grandparents on my mothers side of the family had 16 children and 54 grandchildren (not counting great grands).

I always enjoyed going to their house to visit because no matter how big a crowd was gathered it seemed my grandmother had enough time for each and every one.

One Christmas, we went to the grandparents and stayed the night on Christmas Eve. They had a parlor with big double doors. The doors had glass in them and we could see that there was a big Christmas tree and lots of presents underneath. The doors were closed and we were told in no uncertain terms that they would remain closed until grandma opened them on Christmas morning.

We went to bed, people sleeping all over the house and many children sleeping on the floor. I had trouble going to sleep because I was so excited about the presents we would open.

Finally, the night passed and it was Christmas morning. Grandma then went to the parlor doors and opened them and said we could go in.

We were standing around in a big circle that was several people deep. Grandpa was standing by the tree and would hand a gift to grandma. She would call out a name and that person would go get their gift and open it.

I really got excited as I saw the other children open their gift and would show us their little toy. There were yo-yo and balls. They were small but they made everyone happy.

Then, finally, my name was called. I went up and grandma handed me my present. It was not shaped like the other kids toys, it was flat. I was really puzzled and ripped open the paper. Inside was a----------handkerchief. A blue and white handkerchief.

I stood there looking at it and my face must have shown that I was not happy with my gift. My grandmother was watching and then asked me, "John, don't you like your gift"? I was young enough not to be subtle and I said NO.

Grandmother stopped handing out the gifts and began to talk. She said that she and grandpa did not have a lot of money and they had a very BIG family. So all year long she saved change and found a way to buy a gift for everyone in the family.

She went on to say that she bought the gifts because she loved each and everyone of us. The gift was a way she could say I Love you. She wished she could buy bigger and better gifts but she did not have the money to do.

Grandma then asked me if I wanted to give the gift back. There were would be no trade in but if I did not like it I could give it back.

I had listened well to her talk and my reply was, "No, I will keep it, and Thanks".

Indeed I kept the blue and white handkerchief and still have it this many years later.

Now every Christmas I hear Grandma telling me why she gave me the gift and I am reminded to be thankful for every gift I am given.

I hope you all have a Joy filled and Thankful Christmas.

John Wiley - This is a heartwarming and beautiful story. After all these years the lesson remains, it wasn't the handkerchief that was valuable, it was the valuable lesson Grandma taught you and never forgot it, either.  You received more than a handkerchief, you acquired Grandma's legacy and the story lives on.

Patricia Feager I am so glad you clearly got the point of the story. I often think of that handkerchief and am quickly reminded of the love in which it was given.

I hope more people will be encouraged to appreciate the efforts of others.

A beautiful story,  John Wiley; however, a little sad, too.  A handkerchief has a long route to a kid's heart when measured along, balls, yo-yos, slinkies, marbles, coloring and painting books, etc.  - especially on Christmas morning...and the great anticipation of opening gifts.   Believe you were very wise and nice to hear you still have your gift and memories and lesson of love.

Jane Chaulklin-Schott I am glad you enjoyed my story. Yes, there were mixed feelings about the gift. But, my grandmothers love trumped the kind of gift given. I am glad I kept the gift as it is a constant reminder to me to appreciate the love and effort in a gift.

Thanks for sharing this story. It really is the thought that counts, and I think it's great you still have your gift.

Debbie Laity I appreciate your reading and commenting. You got the point.

I am so thankful that I held on to the gift all these years. Not only am I reminded of the lesson learned, but I have shared the story with thousands of people. Hopefully, they all got the point also.

Being grateful, thankful is where the richness are in life and they spread good cheer John Wiley !

Andrew Mooers thanks for your comment. I feel very rich from the lesson my grandmother taught me. It has guided me for many years.

That is a wonderful story and a lesson well learnt, to be thankful for everything even when at first we think it is not worthy of us.

Nick & Trudy Vandekar thank you so much for your great comments.

I have been able to share this story with thousands of people over the years and many got the point. It was an event that impacted me for life.

After reading your story, John Wiley ... I think I need to borrow that handkerchief ...

Beautifully written and wonderful message for us all,

Thanks for taking the time to read about the lasting lesson I learned from my grandmother. I appreciate your comments.

My goodness, I know it's not Christmas, but what a life lesson your Grandma & Grandpa gave you.  And I love that you still have the handkerchief.  For certain the other kids don't still have their yo-yo's and balls...Happy weekend to you John Wiley! -Kasey

Kasey & John Boles Thanks for reading about the great lesson I learned from my grandmother. Her handkerchief is one of my prize possessions.

I hope all is well in Boise, ID.

John, thank you for both stories. God is good all the time. He blessed you with that Godly grandmother and again when you accepted Christ and decided not to divorce.

Mike, my grandmother gave me more than people would imagine. Her gift shaped my life.

That's a very powerful lesson for a young man.  Good for you for keeping it!  Merry Christmas!

I feel so blessed to have had a grandmother that was so wise and loving and took the time if front of all the family to teach me on very important message.

Not only has is stayed with me, it has directed my life.

Good for you!   Happy Holidays!

Wow! I can see my grandsons saying "no" when asked if they liked it too. LOL

How wonderful that your grandmother was able to make you understand the value of that gift. A priceless life lesson.

Sharon, that took place many years ago and it is as fresh in my mind as the day it took place.

I often wish my grandmother could be here to see that her lesson is still being taught.