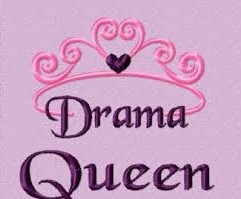 Although this was written for my mediation site (katiecolemanmediation.com), it also applied to the business/real estate world.

If you have been in the dating world lately, you constantly see people state, “I don’t do drama” or “I am easy-going and not a ‘drama queen.’” What IS “drama?” According to a basic Google search for the meaning of the word it is defined as “an exciting, emotional, or unexpected series of events or set of circumstances.” It appears most people seem to think it means any time you get upset about something or a circumstance. So is “drama” really “drama” or is it a response to an action or lack of an action by the other person? Hummmm….. What is the instigation of “drama?”

Lack of Communication. You are waiting by the phone because you have plans with him that evening. You have invited him and he has been on the fence for three days now because he has been sick. You need to confirm the reservations for that evening or they will cancel it and charge you a fee. You have had a call from the restaurant so you text him stating you are wondering if he is “in or out,” called him with the same message about 30 minutes later, and still nothing. Finally, after still nothing, you cancel the reservation and let him know also stating you are irritated that he did not tell you one way or the other since he KNEW for three days you were waiting to know. Who started the “drama” in this circumstance?

The party who was rude and did not communicate was the “drama” instigator. You had every right to be upset that he knew you were waiting and yet did not tell you if he was going or not. Being silent toward another can be a passive/aggressive way of causing “drama.” Just because the person gets angry that you did not contact her does not mean she is causing the drama. Your lack of communication started the entire process.

As a real estate agent, tell the other agent if you are late, will or will not be making it to an appointment for walk-through, etc.

Lying. Ask my kids what the thing is that gets me the angriest. It is lying. We live in a world of Facebook where people can “stalk” and see what photos you like, who your friends are, and if you are still friends with your ex. It is amazing how much info a person can learn about you just by doing a simple “Google” search. If you lie about remaining friends with an ex and still “like” her photos, of course that is going to cause “drama.” If you “like” every sexy photo that your ex (who has everything exposed) posts, others don’t like it. Do we think you will be with her? Maybe not, but it is rude especially if you are not making it clear you are in a current relationship. In fact, your “liking” every photo shows that you may not really be interested in your current relationship anyway, are still looking and/or want to be with her again. Just because someone points out an obvious lie does not mean she is starting “drama.” The “drama” started with your lie.

In the real estate world, if you have committed to one buyer, stating you will remove the home from showings, then do it.  Do not lie about wanting to still take offers from other buyers.

Disappearing. Things seem to be going really well! You are texting, talking on the phone, going on dates, are exclusive, etc when suddenly he disappears for almost two days. Huh? Did he change his mind and really decide he is not that into you? Is he cheating? Is he dead? You had no indication of anything and thought everything was fine. Minds tend to wonder when they are left to their own devises.

Two days later you suddenly get a text that starts by calling you “baby,” which is the one name you hate being called by. He then proceeds to claim he was sick. He was so sick he could not even text that he was sick. Really? He has been on his “death bed” for two days and could not even let you know? Sounds fishy to most people. So who started the drama there?

In real estate, communicate to the other party.  If you stated your client is putting an offer on a house tomorrow but something comes up, let the other agent know.

Communication is the most important portion of any relationship, whether dating, married or in business. Do not lie and do not disappear. Let the other person know what is going on if you are to that level. If you have plans, at any level of a relationship, don’t leave the other person hanging and waiting. Even with friends this is just polite. Calling someone out on their lack of communication or lies is not causing “drama.” It is standing up for yourself and not letting someone treat you like a simple leftover whenever he might have some time. If that is where your relationship is, then fine but if in a committed relationship, communicate what is happening and be honest.   This goes in business relationships as well.

Hello Katie Coleman and Merry Christmas eve girl.  Hope you are having fun dancing in the rain but need to see you more. 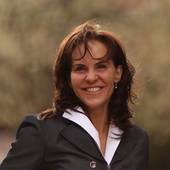