The Colorado Dream House Team represents a lot of buyers every year.  That’s a group that includes singles, couples, families, first time home buyers, and folks buying their retirement homes.  That’s a lot of people celebrating their “First” Thanksgiving in a new home.  Each of them probably has a special memory of that day of giving thanks for their blessings of family, friends, and food (and probably football too.)  As we celebrate and give thanks for our friends who have celebrated their own “First” Thanksgiving in their new homes, and look forward to helping others celebrate their own many firsts, I thought that it was important to look at the story of the first “First Thanksgiving.”

We all know the story of the First Thanksgiving.  After surviving the perilous journey from England to Cape Cod, the harshness of the New England winter, and the lack of understanding of how to grow crops or find food, the Mayflower Pilgrims forged a friendship with the Wampanoag Tribe. The Pilgrims and the Wampanoag gathered together to share their thanks and blessings for the fruitful harvest.  The Native American tribe helped the Pilgrims learn to farm the land, use fish for fertilizer, and to survive.  They extended their hands to help and the Pilgrims wanted to join them to give thanks.  The First Thanksgiving was held in 1621.  It was probably held in late September or early October to coincide with the harvest.  Corn, barley, peas, and squash were served along with wild game such as turkey, venison, as well as fish.

William Bradford, the colony’s governor, made note that the Pilgrims had large stores of meats and fish.  In the spirit of the day, the Wampanoag Tribe contributed five deer to the meal.  The meal itself was eaten, not at a long decorated table, but rather by Pilgrims and Wampanoag standing or kneeling.  They used knives to cut the food, but since forks would not arrive in Plymouth until the latter 1600’s, they all probably ate with their hands. Unfortunately, pumpkin pie and cranberry sauce were not included on the menu as the ingredients for these items were not available.

All told there was plenty of food for the 53 settlers - including Bradford, Miles Standish, and John Alden – and the 90 or so members of the Wampanoag.  Edward Winslow, one of the leaders of Plymouth noted: “And although it be not always so plentiful as it was at this time with us, yet by the goodness of God, we are so far from want that we often wish you partakers of our plenty.” It was a thankful celebration as well as a hopeful one.  Hopeful that two very different groups with very different belief systems could help each other and come together to give thanks as neighbors.

A lot has changed in this nation since that first meal.  We have had our share of differences, our share of ups and downs, our share of good times and no-so-good times.  I am hopeful that the spirit of that day can live on, now more than ever. Or as William Bradford wrote, “As one small candle may light a thousand, so the light here kindled hath shone to many, yea in some sort to our whole nation.” 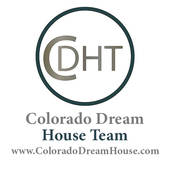