By taking control I don’t mean stage a palace coup of some sort, or try to take over your boss’s job. Let’s stay within the realm of where we actually have ultimate control: how you treat your own body. There are so many things in life over which we have ABSOLUTELY no control,but there are also some, where there are no excuses. One of them is what we put in our mouths: COMPLETE CONTROL.

We may be tired of being told by various nutrition gurus to eat this, eat that, back off of that and the other… Yes, I know, there have been so many different fads, claims of miracle diets, cure-all vitamins and foods that it’s hard not to be sceptical.

Regardless, most of us now recognize that there are definitely some foods that are better for us than others (and that’s an understatement!); there are many studies that speak to that. One study that I consider quite convincing showed at the cellular level (phenomenal!) that following a “Mediterranean”- type diet can actually prolong one’s life!

Here’s a brief, simplistic recap of this research project. It involved analyzing TELOMERES of a very large group of subjects, about five thousand nurses, I believe; the study was conducted over a number of years.  Telomeres are the caps or protrusions at the end of each strand of our DNA that protect the chromosomes. They are generally associated with a cell’s aging process, getting shorter with age. When the telomeres get too short, the cells can no longer reproduce, causing the tissues to start degenerating and eventually die.

At the conclusion of the study, it was found that among those who followed a basic “Mediterranean” diet, the telomeres actually got LONGER over time, indicating a reversal or at least a slowing down of the aging process. It was suggested that based on the growth of the telomeres, life expectancy might have increased by as much as seven years.

Something to think about. Imagine that - we can actually improve our quality of life and maybe affect how long we live simply by changing our eating habits. Best news - IT’S IN OUR CONTROL!

Great post, the only problem with living longer you need to be financially better off too so you could afford to live longer:)) Endre

Yes, eating well and aging gracefully and living healthfully are all important.

Endre Barath, Jr. - thanks Endre; very true about those finances...

Good morning Olga.  I just looked up the Mediterranean diet, sounds interesting for sure.

Very wise words my friend!  We absolutely have control over what goes into our bodies and I for one am trying to eat healthier with each passing day!

Thanks Olga, I will suggest to my wife, Sally Crane , that we explore this Mediterranean diet.

Bob Crane - have fun exploring, Bob; it's easy and healthy.

Take care of yourself if you don't who will?

We've come around to that time of year where its one holiday after another. 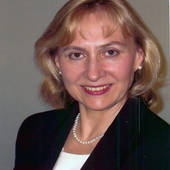