My light bulb moment came when I realized it was better to refer to people as light bulbs instead of their IQ's.  If 100 watts were the norm, many people think they are bright at 75, but many are sadly not too bright and are only registering at 60 Watts.  That is much better than my son's favorite catagory "Oven Light". If you want to get really carried away, you can refer to some as LED's since it takes a negative charge to get them to light up.  Some are Incandescent since they are not capable of producing any brightnes until you pass electric current through them.  Some are toxic like the mercury found in Fluorescent bulbs.

My, well unfortunately, I admit, my bulbs are burned out! :)

Groups:
The Lounge at Active Rain
Jokes and Anything Fun Group
Bananatude
Bartender, Make it a Double

Tags:
iq test
how bright are you
types of brightness
how to talk to your child about iq
jimisms

It depends the time of the day

I enjoyed reading your post. Thank you for sharing.

I once had a neighbor, who referred to some people's IQ as being "room temperature" - 98.6.

Hi Jim- My mother used to say that when the brains were passed out, that person was standing behind the door.

As long as none of us are wired like Christmas lights, we are good to go.

A fun way to look at people. Have a wonderful new year.

I've been unplugged for 10 days on a family vacation so just got back and checked out Kathy Streib 's post on her "Ah-ha" moments for the week. Love the fun, creative post!!

Pretty funny. I heard a line once - when you were in line for brains you thought they said train and said I'll take a slow one.

Unfortunately, I've seen some people who when compared to a lightning bug, the bug was brighter! 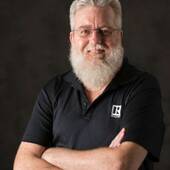