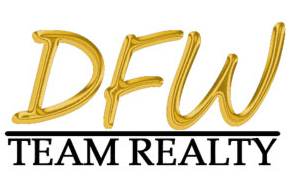 There was a gain of 1114% in homes sold in November 2016 from the same period 2015. There were 900.0 homes sold total this month. In Rowlett home sales year to date experienced no change compared to the same point in time 2015, with 0.3 sold total this year. This month projected housing sales showed a gain of 12.4%, with 101 projected total. In Rowlett projected houses sold year to date saw an uptick of 1.3%, with 1128 projected houses sold this year. In Rowlett there were 108 newly listed housing units this month, which was a rise of 31.7%. Year to date there was an uptick of 1.4% in newly listed residential properties in the market. There were 1401 newly listed residential properties in the market total this year. This month listings under contract saw an uptick of 36% from the same month 2015, with 121 listings under contract this month. Listings under contract in Rowlett year to date reached 1193, a growth of 1.4% relative to November last year. In November 2016 the number of approximate months supply of inventory saw a drop of 10.8%, with 1.5 months of supply total. In Rowlett this month residential properties for sale saw a dip of 8.3%, with 155 residential properties for sale this month. In November 2016 there were 30 days on market until sale, and this was a drop of 11.9% in contrast to the same time of year last year. In Rowlett in November 2016 percent of original asking price received saw a growth of 1%, with 97.7 percent total. In Rowlett year to date the number of percent of original asking price received showed a growth of 0.6%, with 98.9 percent total this year.