A Merry Christmas Video Of Our Miracle Baby, Lucas!

Some of you may remember reading my post about my grandson, Lucas, several years ago. He was born with a rare form of Muscular Dystrophy called Congenital Myotonic Dystrophy. The doctors told us he would be "lucky" if he made it to his first birthday. Lucas spent the first six months of his life in NICU at Children's Hospital in Dallas. During his NICU stay, Lucas had a feeding tube and a trach put in. We told that most likely he would always have to have these things. They predicted that he would never walk, and those same "specialists" said that if he made through his first year, he had a good chance of living into his 20's.

Here we are, a little over 2 years later... Lucas had his feeding tube removed this year. He is set to have his trach removed in 2017. He is learning to walk right now and after so many months of silence... He is making sounds and can even throw a pretty good hissy fit when he really wants to, PRAISE THE LORD! (I forgot to tell you that they also said he probably would not move a whole lot because of the MD. But they don't know my God!)

So if you just need a good reason to smile today and have 3 minutes to spare, check out this video. You have to watch it to the end if you want to hear him giggle. A precious sound to this GRANNY's ears! God is GOOD!

A Merry Christmas Video Of Our Miracle Baby, Lucas!

What an inspiring story! Thanks for sharing. It sounds as though no one needs to wish you a Happy New Year, as you're sure to have one with this little guy around. But Happy New Year anyway!

Thank you for taking the time to read it and comment. He is such a blessing. What an honor it is to be a special needs Granny!! <3

He is absolutely adorable. And I love his giggles and squeals, what a gift from God. And, I know you realize it too, which makes it all the more special.

Joni Bailey
Thanks so much!! 💕
Rebecca Gaujot, Realtor®
Lewisburg, WV
Lewisburg WV, the go to agent for all real estate

Joni, I remember when Lucas was born and you writing about his health issues. I guess that is why you took time out from blogging...a good reason. I saw this video on Facebook and loved it.  Lucas is a miracle baby and God is GOOD!

Joni Bailey
Girl... it's been a rough two years in so many ways... But God is still on His throne! Ready for a NEW Year!!
George Souto
George Souto NMLS #65149 FHA, CHFA, VA Mortgages - Middletown, CT
Your Connecticut Mortgage Expert

Joni GOD IS GOOD and he is working his miracles on Lucas.  May 2017 bring more blessings for Lucas and the whole family.

Thank you very much for your Lucas update.

Best wishes to you and your family for a Very Happy New Year!

With faith and prays everything becomes possible.

Joni, Lucas is just adorable, and glad HE is looking over him, he is doing great!

Joni, thank you for sharing the special gift of your beautiful grandson Lucas. I have kept him in my prayers and will continue to do so. You are the perfect Grandmother who shall continue to shower him with your love and I know God has a hand in his growth and development. I just loved to see how fast he can roll over when he wants to and he tries so hard, as he listens to your voices too. But that giggle at the end of this video, is so precious. It's the sound you've been waiting for. I can't even imagine what everyone went through since the day he was born. I think you have confirmed, love can conquer all and I wish you and especially Lucas a lot of love.

Thank you, Patricia. You always have the sweetest word to encourage, edify and build up. It is a gift, and you use it well. XOXO

I hope you are having a great New Years day.

Thanks for sharing this video Joni.  Your baby truly is a miracle

It's very nice to see your smiling face back on the AR network and what a wonderful video of Lucas.

I remember when you wrote a post about him around 2 years ago asking for prayers, well it looks like some of those prayers to God have been working Thank you for sharing the miracle Joni, Merry Christmas and many blessings in the new year!

Joni, I love happy endings and evidence of God moving within His people.

Hi Joni Bailey - I am SO happy to see you here in the Rain again!  And, that Lucas is absolutely a miracle boy - WOW!  His laugh is totally contageous and I am still sitting here with a huge grin on my face...God IS Good!  I can't wait for the next update!

Thank you Debe!! I am glad to be back. I accidently clicked on Report instead of comment. Not used to all of these changes yet. Working my way back in. Hopefully they will see that it was accidental. THANK you for your warm welcome back. ♥

Joni-Thank you for sharing this video. God is good, Praise the Lord.

Yes He is! XOXO

Joni, Your post and video put a huge smile on my face. WOW.. GOD is on Lucas side to say the least!

I know. Isn't that amazing. What a blessing!! Hugs to you and Y!!

God truly must be smiling on you and your family... What a gift Lucas is for all of us here in the Rain! thank you for sharing him with us!

Joni, It's been forever and I'm glad I cam looking for you to see what's new. What a beautiful post about Lucas!

Very encouraging!  Lucas is so lucky to have a loving family, and vice versa! 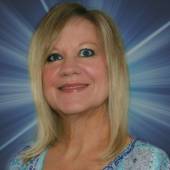