Austin area  home owners don’t have to live in the kind of January landscape that features blizzards and snowdrifts to want to winterize their home before the onslaught of the chilliest temperatures. In even the mellowest of climates, winterization is a way to shrink energy bills. And even if the recent shocking downward spirals in world oil prices have sent your home heating costs to the bottom of your budget-tightening “to do” list, remember that if and when you eventually put your area home on the market, low utility expenses can be a strong selling point. Regardless of how you set your internal thermostat, the Big Three of energy cost reduction always include the following:

Two tips that could seem counterproductive will cut energy costs in many an area home. You’d think you should just switch ceiling fans off until spring, but not so. For cooling, the blades are set to spin counterclockwise so that cool air won’t be wasted down near the floor. The tip is to reverse the fan’s rotation to clockwise. That will act to push warmer air down from the ceiling. Wait until the blades come to a stop, then slide the small direction switch (it’s usually next to the pull cord). The second tip is actually one you can do any time of the year since hot water heaters are usually set to heat to 140 degrees. In truth, most of us don’t need it that hot. Try resetting the temperature to 120 degrees, and see if it’s sufficient. If so, in the course of a year you’ll save more than a few dollars!

For a few dollars, a tube of caulk can be a final defense against the creep of cold outside air. Use caulk to seal cracks in the walls and gaps around your windows and doors. In extremes, there are inexpensive extra measures, such as see-through plastic sheets to cover windows with a second seal (doing both would keep the most remote Siberian cabin as buttoned-up as a baby kangaroo). If a drafty door will have to wait until spring for full renewal, an interim trick is to roll up a bath towel and place it against the threshold. This temporary fix keeps out the worst drafts and doesn’t cost a dime.

Take Care of Your Air Conditioner

If you have water-served central air, during the colder months when it’s out of service, good maintenance requires draining the water hoses. Split air conditioners don’t have that issue, but some of them need an exterior cover for preventing drafts (if you haven’t felt any on chilly evenings, it’s not necessary). If you haven’t already removed any window units, better go to the hardware store to buy exterior covers: a lot of chilly air can make its way in through uncovered vents.

The Big Three tips alone comprise a local home winterization program that costs less than a burger and fries—yet can result in measurable energy savings. If you have found any other simple energy savers, I hope you’ll share: drop me an email, or give me a call at the office! 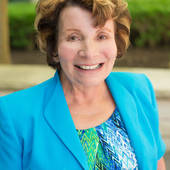 Carol Pease has been selling Real Estate for 14 years. She is now affiliated with Keller Williams Realty and works out of the Cedar Park / Leander Market Center in Cedar Park, Texas.