This Fall I purchased a house in Palm Beach Gardens, Florida as part of a 1031 exchange. This is my second purchase in Florida in 3 years, and twice I dealt with unscrupulous individuals from the same part of the world.  I certainly do not think the people there are in general unethical, on the contrary.  However, in both cases these were properties “bottom feeders” marketed.

I was attracted to both because on the surface it seemed that no major work will be required.

However, the more I looked at the last property the more I could see it has not been a complete renovation, and I could not expect anyone to live in this house in that condition. After 5 – 6 weeks, I was done with most of the work I completed at this stage, prior to renting.

One of the impediments to quick rental was finding out during home inspection that the house had mold in the kitchen. The agents who to me were not clearly agents, but seemed to be principles in the LLC, painted over the mold.  When we discovered that during the home inspection, we demanded the mold tested and removed with the kitchen wall.  I instructed my agent to be there when they take down the cabinets, but he did not do that.  He accepted the sellers’ explanation that they sprayed the mold and the mold magically disappeared. We tested the area again and sure enough the contamination was not gone.  This time, the agent was there while the sellers’ crew removed a small part of the drywall.

At this point, I did not want to buy the house and requested a discount to remove the kitchen wall with cabinets and plumbing. The seller would not agree, but they wanted the house sold and agreed to a reduced escrow from $10,000 to $5,000.  We signed an addendum that superseded the As Is clause in the case of the mold.

However, at settlement, with sellers chosen Title Company, the Title Company has not entered the escrow in the HUD form. When I inquired why it was not there, the settlement agent said:”We held back $5,000 from the sellers’ proceeds”.  Not having any experience of settlements with escrow in Florida, I accepted his answer. I thought I signed an escrow form, but was not given a copy.

When the inspector returned to test the kitchen the 3rd time, he called me alarmed that the readings were high. Now, we moved into the escrow phase, by hiring a special company to remove the drywall. behind the sink and re-install the kitchen.

The sellers/agent in meantime contracted me claiming that there was never mold there, that every Florida house has mold and that it is an AS IS contract. Therefore, we should release the escrow.  They hired a lawyer to intimidate me.

I spent over $5,000 on remediation. The work was documented with pictures. I sent the paid bills to the Title Company and they ignored my agent and me. I finally got the owner of the Title Company on the phone and he told me to get a lawyer, to send him a letter or he will take the interpleader path and send our money to the court. He told me that he would have never done an escrow in this case.

This was shocking to me, because I did not think the escrow is on the level of a commission dispute. If the parties signed an addendum in good faith that money will be set aside for remediation and satisfying the buyer’s demand for mold removal, the seller would have no say if the bills are for actual work performed.

I felt tricked by the seller into buying the house with the promise that if I buy the house and it still has mold the $5,000 would compensate me and it would not be my expense.

Based on my last two buying experiences in Florida, I will avoid three situations:

1. I will not buy a flipped house from an LLC., especially not in Florida.

2. I would never agree to set up an escrow for repairs, but insist on price reduction or not settle until the work is completed.

3.  I would not  rely on an agent alone, but hire a lawyer to check my contract and any addendums.

Groups:
Agents who want REFERRALS!
Diary of a Realtor
POSITIVE ATTITUDE for the Weary Soul
Silent Majority
The Optimist

I too have purchased 2 investment properties in Florida but I hired a real estate agent to represent me so no problems.

Mike, I hired a real estate agent, too, for both properties.

I guess then I was just blessed not to have any problems.

You were. In 30 years I did not have such a problem, either. I am about to embark on another purchase this week around Jupiter and Palm Beach Gardens. I have a dilemma. What agent and company can I trust to do a professional job?
It will not be the same real estate company for sure. 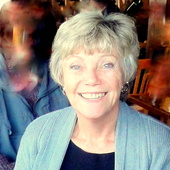