Waking Up Happy Every Day

11 days into 2017 and my time blocking schedule is getting easier, I am adding reps to my Pilates routine to make it harder, and I’ve had, I think, 11 happy days in a row.  Is that all it takes? Don’t get me wrong, I’ve had mostly happy days in my life.  This is just a reflection as I begin another year as an independent real estate consultant.  Until January 2, 2009 I worked “for someone”.  A choice, yes.  I didn’t graduate from college with dreams of a grand job, and It wasn’t in my DNA to think about being my own boss.  Sometimes, things are just thrust upon you.

Until 2009 I enjoyed working for other Realtors.  I enjoyed being behind the scenes helping them have success.  I was rewarded with a nice salary and some flexibility in my job.  Who could ask for more?

The “crash” of September 2008 changed all of that.  Truth be known, perhaps I saw it happening six months before, but it was that crash that dictated the next three and one-half months in my working life.  It was a scary time.  My husband and I lost a lot of money from our 401Ks.  And the company I worked for was destined to close; I was destined to be unemployed.

I decided, I am not sure quite when, that I had to take matters into my own hands.  I began researching other jobs; no Realtors in my area were hiring (because of the crash) and if they had staff they were reducing.  After exploring a few other options someone suggested that I enter the world of real estate on my own—as an independent contractor.  Me?  No, I like a pay check, and I could never sell real estate.  With no jobs on the horizon and the end of 2008 in sight I decided that I indeed would strike out as a an independent contractor.  I had my sales and broker licenses, I’d worked for two of the top-selling agents in our market and in many capacities, surely I could do this.

So, eight years ago I signed on with a local brokerage.  Thinking back there must have been some stressful days—how to get buyers, how to get sellers, all that money gone from our 401Ks, I’m paying monthly fees and not making any money.  But, I had a great developer client who followed me, and with hard work, a passion for further education, and luck, my business grew, and grew and grew.  I sure didn’t have clarity when I entered real estate on my own in 2009, and I’m not sure when I realized that I was meant for this, and real estate was meant for me!!

For a time I took a step backward financially, leaving (and losing) a 40-hour a week job with a salary and taking on a 70-hour a week start-up career.  I realized I was putting more time in because I was not only passionate about building a business, but because I was passionate about doing a good job for those customers and clients I worked with.  There is an underlying pressure because I am the one who made that decision, but it’s alright because it applies the pressure to succeed.

My business is good, and I have the motivation to see it increase.  I have the ability to align my life as I wish—some days I spend more time at work, and some days I have the leisure of spending an afternoon with friends or family.  I wake up happy everyday knowing I get to do all the things I love to do, I get to define my own success, and I am in charge of my future.  Who could ask for more?

I get up and put a smile on my face every morning just knowing I have the chance at another day. 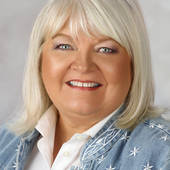 Information for buyers and sellers, and Realtors from out of Door County on Door County real estate, the buying or selling process and how I can help buyers and sellers acheive their goal--a property bought and sold. If you are a Realtor, feel confident in referring your Door County buyer or seller to me. I will be happy to provide you with references who will assure you that my service is exceptional and I will ge the deal closed and get YOU paid.