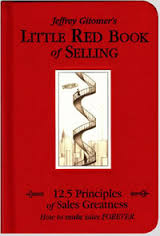 I recently reread the "Little Red Book of Selling" by Jeffery Gitomer and it reminded me that I was suppose to (sometime back), resign my position as "Manager of the Universe". My official resignation took place last week sometime, since then I have accomplished a great deal and thought I would share how freeing my retirement has been.

I quickly realized that all the things I was spending my time arguing, worrying, blogging, facebooking, tweeting and every other ing, about was a waste of time. Seriously, I have discovered that most people are either hypocritical about what they claim they believe in or they simply really do not care as much as they claim. Overall, I have realized that 99% of it, really had ZERO effect on my life. A few examples:

Trump or any President has little or no effect on me and my sharing my views changes NOTHING.

Celebrities use these "issues" to promote themselves. Seriously, if Leonardo De Caprio really cares so much about "Global Warming" why does he not take mass transit or fly commercial?

The women who are normally screaming the loudest about being "objectified" are the ones doing it in tight leather pants with a low cut shirt.

The men screaming about in-equality with pay have a degree in basket weaving and spend their days blogging (for no reason) from a coffee shop or their Apartment (that Mom and Dad pay for).

I and 99.99% of the rest of humanity care about my own family, my Friends families and then "other issues" in that order, but it seems as 95% of us want the world to believe the order is reversed.

When you give money to the homeless drug addict on the street corner rather than getting mad at you, I now am thankful as you are keeping him from breaking into my home.

With that said, I thank Mr. Jeffery Gilomer and my Friend Jason who gave me the book. Without it I would be spending a lot more time "caring" about things I do not really care about.  If you are currious it also has some other good advice.

Thank you very much for sharing this book recommendation.

You should use your blog settings to create an automatic signature for your blogs. Readers want to see your contact information.