Choudrant, Louisiana. “Where is that?”  Or maybe you say, “How do you even pronounce that?” Well, this little village is tucked in the eastern corner of Lincoln Parish, (that’s north LA if you don’t know), and you pronounce it “SHOO-drant”. There is no Wal-Mart……or grocery store….or Target. Heck, there’s not even a red light! (Sidenote: there’s a yellow blinking light!!) It proudly boasts a thriving convenience store, a bank, a post office, a Dollar General, and most recently, a Subway! And now you’re thinking, “Why would anyone ever want to go there?” Well, friends, Choudrant is Lincoln Parish’s best kept secret, and the 1000-ish people who live, work, or attend school there are ok with it remaining that way! Read on!

For starters, did we mention that Choudrant has some of the best-rated schools in North LA?  Choudrant High School has been rated as an A school for at least 5 years, and Choudrant Elementary School is the highest scored public elementary school in the Parish. Aggie graduates are finishing high school on time/early with higher scores on ACT and EOC than the majority of schools in the entire state! They consistently produce District Principals, Teachers, and Students of the Year with their high expectations of the student body as well as the faculty, but no one feels like it’s a struggle! Students and teachers alike LOVE their Choudrant schools, and would not leave if the world was handed to them on a silver platter!

Next, Choudrant is home to Squire Creek. Squire Creek Country Club is one of the finest golf courses and country clubs in North LA.  In fact, Golf Digest has it rated as the best in the state! Members can play a game of tennis, swim in the pool, dine in one of 3 restaurants, or exercise in the fitness facility. Squire Creek also hosts a plethora of weddings, reunions, and the like and even offers an event planner!  Its affordable membership, but exclusive feel, make for a very sought after experience here.  And if that wasn’t enough, you can even live here! The houses surrounding the golf course are nothing short of amazing, and the relaxed atmosphere promises peace and harmony day and night.

Finally, the residents of Choudrant love the close-knit community feel of their town. At any given moment, the neighborhoods here are teeming with kids on bikes, trikes, and scooters! Puppy dogs are barking, and children are jumping on the trampoline while their mother is chatting with the new neighbor over the fence.  In a place where everybody really does know everybody, one can’t go in the bank or post office without seeing at least 1 person he knows. The roots of the people here run deep, most of them having lived here for generations, however, it has seen considerable growth in the last few years. The “Mayberry”-like feel of this quaint village may not be for everyone in the world, but if you’re looking for a place to raise your family with some good old-fashioned values, look no further than Choudrant, LA. Go Aggies!

Choudrant sounds very charming.  I long for a life with no traffic signals! 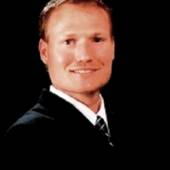