The Greatest Show On Grass

On Thursday January 31st 2017, while most of Phoenix will be sipping their morning cup of coffee, the world's best professional golfers will be teeing off at the Tournament Players Club in Scottsdale Arizona hoping to get part of the $6.5 million prize pool.

The real show is Thursday January 31st through Sunday February 5th, unless there is a  playoff. But there are all types of  week long events designed to bring out the golf loving public.

A Few Interesting Facts About The Open

The list of past winners reads like a whose who of golf, Ben Hogan, Byron Nelson, Jack Nicklaus, Arnold Palmer.

The notable name that doesn't appear on a Phoenix Open trophy is Tiger Woods and that is a little ironic as he is credited with hitting the most famous shot in Open history, a hole in one at the infamous 16th, aka "The Coliseum" because of the stands that surround that hole which seats 20,000 rowdy fans.

"If you build it they will come", and boy do they, the Tournament Players Stadium Course is one of a kind and holds the worlds record for both single day, (more than 200,000) and tournament attendance, (more than 600,000).

So what does golf have to do with real estate? Well, we sell a lot of homes to people who move to Phoenix to play golf year round.

If you're looking for just the right home to support your golf lifestyle I would be honored to help you find it.

Good morning Nancy. What a great title. Your enthusiasm really comes through here too. great job.

Thanks Sheila Anderson, golf is a great game and the Phoenix Open is a great tournament. 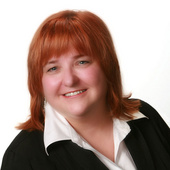