If this is going to be a year of upsets after the Steelers loss last night, the rules for when homes listed for sale are best initiated might be primed to fly out the window. There’s no guarantee that 2017’s Pittsburgh listing performance will bend the rules, but if the National Association of Realtor’s® news site is right, it’s a definite possibility.

The history has long demonstrated that the most opportune time of year to add your home to the Pittsburgh listings is during the peak spring and summer seasons. When you look at the volume of home sales through most years, those months do look inviting. There are exceptions, but for the most part, spring and summer regularly excel in sales volume.

Last week, the Realtor® website ran an article in their Trends area headlining that “This Year, Sellers May Benefit from Listing Early.” Their reasoning was short and sweet—citing recent facts, then drawing a conclusion that’s the opposite of what they seem to indicate. Here are the facts:

These trends are all well-documented. Yet at first blush, they seem to argue against listing your home now. After all, wouldn’t it still make sense for to follow the traditional dictum­—to hold off until that fierce competition takes hold? The answer that flips such a conclusion is found in the fourth fact:

The short takeaway is that simply accepting the old common wisdom warrants a second look in 2017. If you are one of our Pittsburgh homeowners who automatically presumed the wisdom of waiting a while longer to join the Pittsburgh homes for sale, it might pay to reassess. Give me a call at 724-554-3514 if you’d like to discuss how your plans fit into today’s broader residential picture­—and how to take maximum advantage of this year’s market! 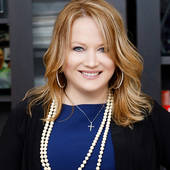