Landmark Center is one of the most distinctive buildings in St. Paul, and its setting on Rice Park contributes to its sense of history. It started its life as the Federal Court House and Post Office for the Upper Midwest when it was built 1892-1902. Thank goodness a group of concerned citizen saved it from the wrecking ball in 1972 and restored it to its former grandeur. It now serves as a historic cultural center for music, dance, theater, exhibitions, public forums and countless special events.

One of those special events took place today, when the Minnesota Boy Choir performed their annual winter concert... a feast for both the ears and eyes. Landmark Center is anchored by Rice Park, an open space used to dry laundry and graze animals over 150 years ago before it was designated as a public square in 1849. Trees were planted in 1860, and a fountain and bandstand were added in the 1870s. When President Chester Arthur and Generals Ulysses S. Grant and William Sherman came to celebrate the opening of the Northern Pacific West Coast rail line in 1883 electric lights were added. It took another 100 years for the museums, libraries, hotels and music halls that eventually bordered the park to be built. Due to its rich cultural and historical significance, Rice Park has been honored as a Great Place in America by the American Planning Association.

Homes for sale in downtown St. Paul tend to be primarily condos and loft conversions, with some newer construction along the riverfront. Nearby Crocus Hill overlooking downtown St. Paul features some of the most elegant historic homes in the metro area.

Groups:
I Love Minnesota!
It's all about them (ThemThem)
Out Of The Box!
Selling Soulfully
Things to Do/Places to Visit 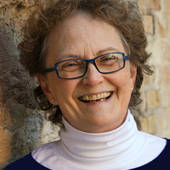