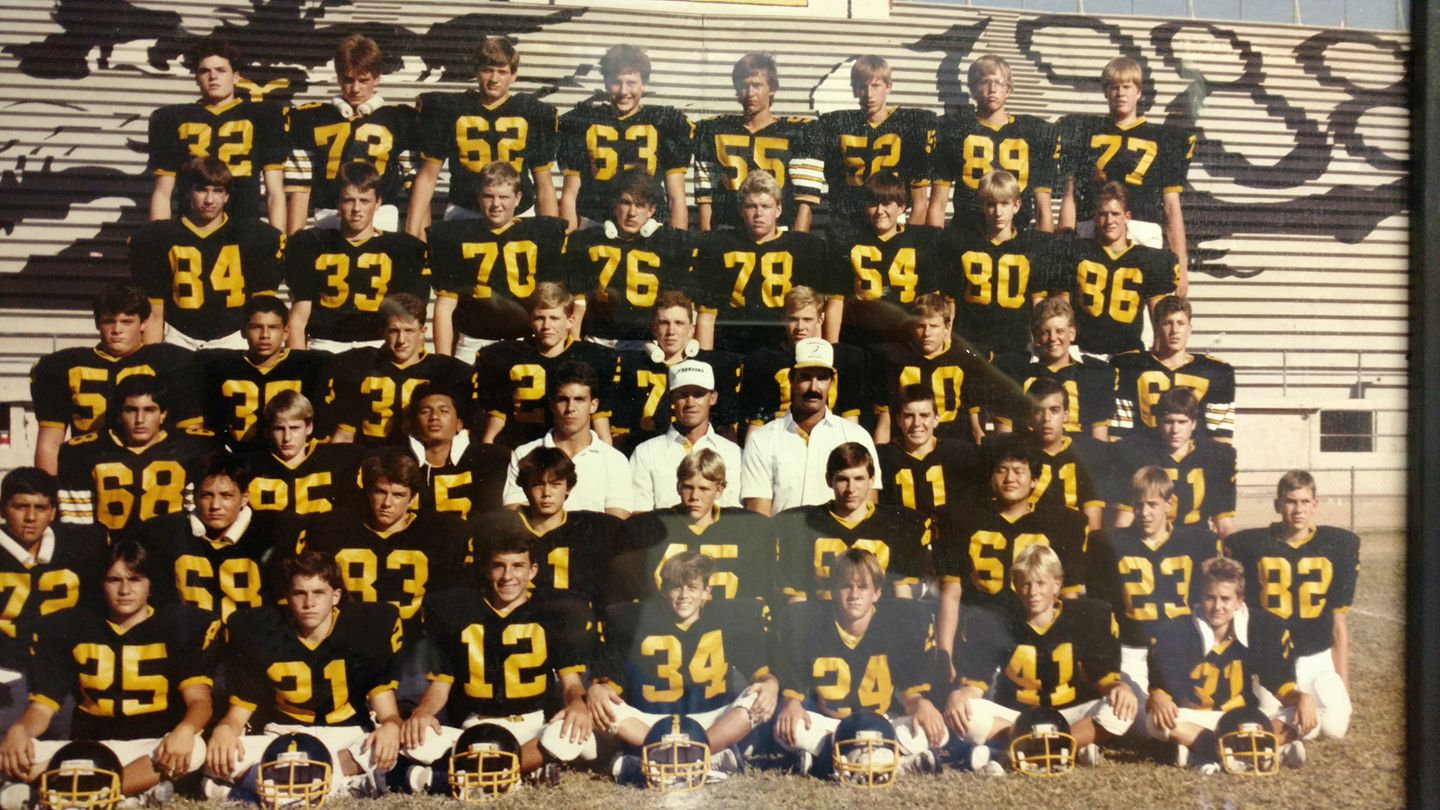 I am fairly new to Facebook, I only joined as my marketing guy forced me to do it. Most of my friends on there are from High School, I was the Saguaro High School Class of 1991. A few years back the quarterback of my HS Football team passed away, as I heard of the news from another friend it caused me to look at a photo I had from that team taken in 1987. I hung that picture in my office and while I am rarely ever in my office, I was today when Facebook alerted me of another Facebook friends birthday.

That Facebook Friend was another fellow player on that team. As I was sitting in my office it made me think of those years and all of those people. Saguaro was a large school, thousands of kids and looking back I knew most who were in my class. I posted that photo to my page and tagged that Facebook Friend, what happened next surprised me, mostly because of my lack of Facebook experience.

The photo began to circulate around Facebook, passed from friend, to friend, to friend. People began to make comments, comments on top of comments and friend requests began to be made and before any of us knew it we were all talking again, 30 years later. Eventually that photo reached Jason's (our QB) family and they asked where he was in the photo. It was nice to know, they all knew we had been talking and thinking about him, as much of our conversations were with regard to Jason.

Love the photo and the memories....Facebook is great for that!

Facebook is a great way to look back at all the memories and stay in touch with those far off. I like the memories it brought back to you. Glad you shared this.