I read a great article in the local Canton Patch this morning.   It was the speech from the mayor of the City of Canton, Mayor Gene Hobgood, calling 2017 another year of action for Canton.   The mayor outlined economic and quality of life improvements made in 2016 and talked about some of the plans for 2017.

It is so true that Canton, GA has alot to offer and the City's mayor, city council and city manager, among others, are all working very hard to make this the type of community that homeowners of all types will be attracted to.  The new hospital, new development, new industry and great infrastructure improvements are all in the works.   The new hospital opens in February.

Canton offers many restaurants and shopping as well.   The Riverstone Parkway area and the Canton Marketplace to name a couple are great areas for getting your errands accomplished in a short amount of time.   Canton Marketplace has new construction across the road on GA 20 where other shops and restaurants will expand the selection of destinations for homeowners in the area.

If you are attracted to Roswell, Milton, Crabapple or Alpharetta but have sticker shock at the real estate prices, Canton could be the answer for you.   It was for me!   I moved to this side of metro Atlanta just over a year ago and we were able to stretch our home buying dollar significantly while still maintaining a short drive to downtown Roswell and Alpharetta, Woodstock and other areas.   Downtown Canton has some fabulous restaurants and shops.

If you are considering a move to the northwest metro area of Atlanta, give me a call.   I'd be happy to give you an area tour. 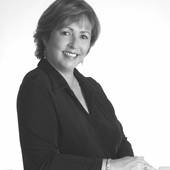