20 Markets With Strongest Kickoff to 2017

The time it has taken for homes to sell nationwide in January has decreased at a rate of 4 percent compared to a year ago, despite record-high housing prices, according to realtor.com®'s latest housing report.

"We saw evidence of a stronger-than-normal off season starting last September and October due to pent-up demand and surging interest from first-time buyers," says realtor.com® chief economist Jonathan Smoke. "The downside to this strong off season is that we have started 2017 with a new low volume of available homes for sale and a new high for prices."

Listing inventories are down 11 percent in January compared to a year ago. Also, the median list price for the month is an estimated $250,000 — 10 percent higher than January 2015, realtor.com® notes. Nevertheless, "the threat of rates approaching multiyear highs in the months ahead is creating a sense of urgency [among buyers]," Smoke says.

The following are the top-performing markets this month:

Looks like California is leading the way! Interesting stats and thank you for sharing them with us! 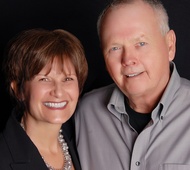