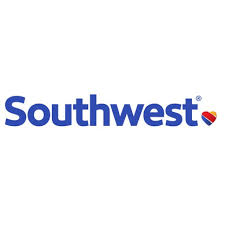 People who know me, know I am a first class seating type of guy. If I fly, I am willing to pay for the upgrade. That being said, because of the actions of Southwest I always, when possible choose to fly SWA. Obviously, they have no first class seating, however I have to say in my experience the company is first class.

About twenty years ago, my older brother was diagnosed with Melanoma Cancer which had spread through his lymph nodes. Anyone who know anything about this type of cancer will tell you that the chances of survival is around 35%, or it was back then. My Father had a friend who was an Nobel winning cancer researcher and that Doctor offered to treat my brother, the problem was he would need to see Bill every month in Southern California and we live in Phoenix.

A friend of my brother was a flight attendant for SWA. She heard my brothers story and offered her buddy passes. The problem with buddy passes however is she would have to make the flight as well so she went to her boss to ask for an exception. Her direct supervisor had no authority to make such a request and sent the request up through corporate. The request came back as denied however attached to the request were a years worth of buddy passes from the CEO, Herb Kelleher with authorization for her to give the passes to my Brother for use.

My brother was one of the lucky 35% and I have to always believe it was partly to do from the support of people like that flight attendant and people he never met like Mr. Kelleher. On top of the great customer service I have always received from this airline, the people are the reason I always fly them when possible.

Thank you for sharing Jim Lord . I also have had good experiences on Southwest. The crews always seem to have more "fun" than the other airlines. Fun is good!

They do seem to.....Fun is much better than no fun..like some of the others...

What a beautiful story! A company with a heart! I've always liked Southwest too.