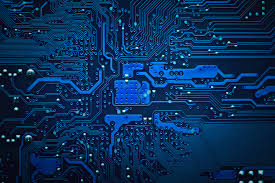 When I first started in Real Estate in 2004, I quickly began to purchase Internet leads. I recall my broker making fun of me, telling me what money I was wasting. This concerned me but I also think it gave me a sense of purpose, as I did not have the money to waste and needed it to work.

Soon after I began to call my leads and discovered the only real trick to Internet leads, you have about 10 seconds to call them or they are all but dead. You may catch a few after another agent drops the ball later down the road but I have found Agents buying leads tend to be hungry and rarely drop that ball, thus it is far more productive to be quick on the dial. I realized that the Internet generation was one of have it now and if they did not hear from you, the were quickly on to the next. I thought about my own experiences with surfing the net and I realized I was the same way.

I started in April 2004, and because of Internet leads (and a whole lot of other work) I was the company's top producer by the Christmas Party outselling 1,500 other Realtors who worked all year. Today I believe the Internet lead market is much more competitive as it has become more mainstream, however I do still believe there is a pile of Gold at the end of that net.

Any technology is easier to get to customers until many agents followed the trend.  I am unaware of any agent except one who found a client through twitter.

Twitter? I have only been on Twitter for a little while and I never really thought of it as a lead source, until now... Great Job.

Hi Jim, still seems so true you must contact them quickly or, answer that phone right away or most of them go for the next agent they have a number or e-mail for!  John and Kat

Yes, it is still true. I still buy them for my small team. Even ones that come in through our site only wait seconds. While I want to say it is Crazy, I must admit I am the same way. I was looking for a new IDX provider last night and I would skip right out if it was not super easy to find the answers I wanted.

We did the same.  The owner of my company had leads coming out his ears that nobody wanted at the time (we started August 2004) and he had been doing it a while by himself.  Everything you said is absolutely true.  -Kasey

There are some for whom this works well, sounds like you are one.