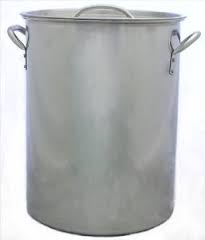 The year is 1886 and a Doctor walks into a local Pharmacy. He talks quietly with a druggist and eventually the men shake hands and the Doctor leaves. A few hours later, the Doctor returns with a large kettle and a large wooden paddle. After inspection the Druggist pays the Doctor the his life's savings, in cash. Soon after the Doctor goes back to his buggy and leaves.

In the kettle was a medicine good for curring hang overs or headaches. The Doctor had been selling the medicine pharmacy to pharmacy by the bottle, however in a need for cash he decided to sell the 30 gallon kettle and the recipe to our Druggist, for $500.

Originally the Pharmacy owner continued to sell the medicine as a cure for headaches however, together with his Fountain owner he often tried tinkering with the formula to make it more palatable, eventually they mixed the syrup with carbonated water and soda as we know it was born.

Since 1886, this company has grown to employ hundreds of thousands of workers, from miners to grocery store clerks, bottle manufactures, trucking companies and the list goes on.

If not for the imagination of a soda fountain proprietor and drug store owner, Coca Cola may still just be a headache medicine.  You never know what magic is at the bottom of some old kettle.

Some of the largest companies started from simple beginnings,  Coca-Cola was one of them

It is funny if you read about how many companies were started with nothing.

Good company all around. They have a storied history.

Well no wonder a Coca-Cola is so refreshing to enjoy.

And back then, Jim Lord cocaine hydrochloride was the magic ingredient in Coke. Now, it seems to be high fructose corn syrup, unless you can find some Coke produced South of the Border where they still use good old sugar. Fun post!

Yes, it was crazy back then. Could you imagine a company doing that today?