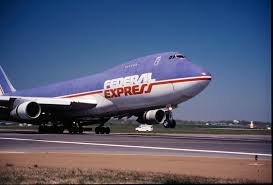 In 1965 a student at Yale wrote a paper on the idea of package delivery by air, enabling the company to make deliveries overnight. Such an idea had never been thought of before and 6 years later that student would invest his personal fortune into seeing it to reality.

Frederick Smith raised an additional 90 million dollars to make his dream into a working company, he called the company Federal Express. Unfortunately by 1973, the company was loosing over 1 million dollars per month and rising fuel costs may the future of Federal Express seem bleak at best. One Friday there was less than $5,000 in the operating account for the company, the executives at Fed Ex knew that Monday would come and there would be no chance of meeting the more than $32,000 in fuel and other expenses.

Ever an optimist and determined to make his dream work at any costs, Smith took a flight to Las Vegas and "invested" the final $5,000 of the companies money into blackjack. By Monday morning other executives were surprise to not only see the doors open, but the bank account had over $32,000 in it and they could meet their obligations.

Fed Ex was able to raise additional capital in the coming weeks and by 1976 the company would see it's first profit of 3.6 Million. By 1980, the company's profits were surpassing the 40 million dollar peryear mark and today the company is worth Billions.

While I am not sure I think Blackjack is a good investment strategy, what would the world be today if Frederick Smith has just given up.

Tags:
not giving up

Great post. Blackjack isnt for everybody, but glad it worked for Mr. Smith.

Everytime that I have a package that absultely must be delivered overnight, I am thankful.

Moving forward is all we can do sometimes. I am glad Fed Ex did.

While I wouldn't bet the money at blackjack, FedEx is a great value.

We have often joked about doing it but never have really given it a thought....

I wouldn't have thought gambling would have been a good idea, but it evidently worked in this case!

As I personally love the game, I would never see it as a money making strategy.... I know people who do but for me it is just entertainment.

Good morning Jim. I'm not sure about the blackjack part but I guess he felt there was nothing to lose if you couldn't raise the money. A good read.

Thank you, I can't say I have never thought about it but I never had the guts to do it (or the confidence in my Blackjack game!)

Thank you, I have always liked that story. You can even find old add photos with a fed ex jet on the vegas strip!

Hi Jim, I always like that story - one that permanently changed the corporate world.  I remember about that time there was another delivery service called Sky Cab, I believe.  A taxi would pick up your package/documents for a substantial fee, rush the item(s) to the airport to get them on the next flight to your destination city; then a taxi-cab would make the final delivery.   It worked at $100+ which was no small change back then!  John and Kat

I never knew of Sky Cab, that sounds like a modern day Uber with the food deliver they were trying!

Thank you, I have always enjoyed that story!

If there is any chance or hope to fix or repair, go for it. Do not give up and walk away.

Thanks for the follow and connecting in the Rain!