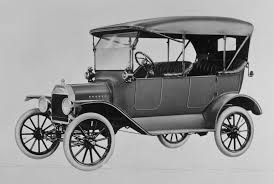 Just after World War I, a Chicago newspaper published several articles claiming Henry Ford to be an Ignorant Pacifist. Ford had not been supportive of the War and it was well known he had only a sixth grade education.

Ford sued the paper for liable and during the trial the papers attorney set to demonstrate the lack of Ford's education. He asked Ford how many soldiers were sent by King George sent to fight the revolution, Ford paused and said "While I do not know the exact number that were sent, I do know considerably less returned". The questioning continued with various history and philosophy questions for some time. Eventually Ford grew tired of the questioning and responded "Let me remind you that on my desk I have a row of electric buttons. If I push the correct button I can summon a man who will be able to answer any of these foolish questions that you ask, thus why must I clutter my mind with such things that have nothing to do with my business?"

It became obvious to all who were in the courtroom that day that while Ford may have only had six years of formal education, he was far from an uneducated man. He knew the importance of education however he understood the greater importance of knowing how to find the information that he lacked in his own memory. If we learned anything that day it was that well educated men are not always the ones with the highest degrees hanging from their walls.

It is true, but there is difference between  street smart people and academically smart ones. It is better to be both ways educated:)

I can't argue with you on that!

Me too. I have a family member who is an academic, however he has no, I mean zero common sense. If he reads something in a book, no matter what the book, it must be true.