Buttons came to us at 5 months old.  She just celebrated her 14th birthday on January 1st.

We took her to our vet who asked to do an X-ray and some blood work before we made any decisions.  She had acute pancreatitis, fever of 105, was breathing on one lung and some other issue with her stomach, that we feel was cancer. She was in terrible pain.

Vet told us even if she was able to stabilize her from the pancreatitis and bring her fever down, we would then have to deal with her lung issue, which could be fluid or cancer, as well as her stomach issue, which could be the same.  She went on to say that given her age, mortality was high.

We really had no choice.  Buttons hated being poked, prodded or even groomed. Through the years, she had her share of health issues.  We did not want to see her suffer in pain any longer.

It has taken me 4 days to write this post.  We are heartbroken.  Gracie is grieving her friend terribly.  This is the worst thing we have to do as pet parents.  It never gets easier, but the joy Buttons brought us for 14 years was well worth it.  She even helped me to win a contest here on Active Rain!

RIP my baby Buttons.  You were so loved.  Fly free with the other butterflies.

We just ( Right after Christmas) lost a nearly 17 year old Pug. It's so difficult, it's hard to describe the pain. It's really like losing a family member - because they really our a part of our family. So sorry.

Debb,  I'm so sorry to hear about your Pug.  He had a good, long life.  I know the pain you're referring to.  They are family members.  It's so hard to let go, even though we know it's the right thing to do.  Thank you.

I'm so sorry for your loss.  Buttons was beautiful and I know she is missed dearly.  The great thing is that you have so many memories to cherish.  Keeping you and your family in my prayers.

Diana White-Pettis Thank you.  She is greatly missed by all, but will always remain in our hearts.

Elyse, I am so sorry to hear about Buttons. The pain at a time like this makes me wonder why we humans even invite these fury creatures into our homes, and then the years of laughs, smiles and pure joy flood my mind, and that's when I realize that it's their God given mission to bring light and love to our sometimes complicated lives. They do it simply and without limitations. That's why it's so hard to say goodbye. They give without compromise or condition, and even though we have to let them climb the rainbow bridge, we will see them again, and what a glorious day that will be. Be at peace my friend.

Mike,  Thank you for your very comforting words.  The joy they bring us throughout their short lives makes it all worthwhile.  I look forward to seeing them all one day.

I am so sorry to hear about Buttons. It is so hard to make that decision to say goodbye, but sometimes it is the only decision. I wish you peace.

Kat Palmiotti Thank you.  It was heartbreaking but it was the right decision.  Thanks for stopping by.

Elyse - I'm so, so sorry for the loss of your beloved Buttons. I've been there and their aren't words for the deep loss you feel. You're in my thoughts...

Thanks, Kristine.  I'm sorry for your loss, too.  Thanks for the kind thoughts.

Elyse, it is so hard when we lose a member of the family. Buttons was well loved...that is all that matters.

Jeff,  Thank you.  Buttons was well loved for sure.

still holding  a wide heart-wrench for our Quincy...he made it to 25!..and was totally conscious when he took a deep breath ..(while sitting on my heart) ...looked me in the eye, It is always sad to lose unconditional love. Our standard dies last May at 14 and there are times in my minds eye I can see her romping in the backyard and I am lucky I took videos of her to remember.

Joe Pryor I'm sorry to hear about your standard.  I've always liked your photo with the dog.  It is very sad.  I also see her in my mind's eye and have some videos, but she will always be in my heart.

Deepest sympathy and sorry for your loss.

Hi Elyse... I read this with tears streaming down my face... we lost our 15 year-old Gracie a year ago October. I had to make the same decision and sat with her until the end. It was like losing a child.  I still miss her every day... and it took me weeks to write something about that loss. My heart goes out to you and I'm sending you a big virtual hug. Nina Hollander Thank you for the kind words.  I'm sorry to hear about your Gracie; I have a Gracie too.  It took me some time to write about it, and still I tear up when I see her photo or think of her.  They are our children - what can I say.  Thank you for the virtual hug!

Elyse Berman
Losing her was certainly losing a family member. Sorry for your loss. Lynn

Lynn B. Friedman Some people think we're nuts, but it is losing a family member.  She was part of our family for 14 years.  Thank you for the kind words.

Elyse Berman - My heart aches for you. Our pets are family members who give us so much joy and all they want is to be loved. The best gift we can give them, in the end, is not to let them suffer just because we can't let go. I've had 4 close friends make this decision in the last 3 months, very heart wrenching.

Hella M. Rothwell, Broker/Realtor® Thank you so much.  I agree with you 100%.  It was so hard to let go, but it was the right thing to do for Buttons and your friends' dogs, as well.

Peroni & I send our condolences. I lost my Dakota 14 years ago and I still miss him. It took me 10 years to get Peroni because I just wasn't ready. Thank you.  I've had dogs before but this one was rough.

Peroni looks very happy and is a beautiful dog.  We have to do things in our own time.  I don't think there is a right or wrong on this one.

We had two.   My other one was devasted, as they were together over 10 years.  So we added another dog for company.  An older dog who is a better fit for her, as she will be 11 soon.  So far, so good.

It hurts to lose a pet and one that has been with the family and part of the family. They take a little part of us with them when they go.

They really do, Debbie.  Buttons had been with us for 14 years.

Elyse, I am so sad, it is always hard to loose a family member and I do not want to hear that 14 was a good year, we want them to live forever... well Buttons is no playing with many of our lost family members at Rainbow Bridge....Endre

Endre,  It was very difficult.  Been through other times, but this seemed harder.  Thank you for the kind words.  I hope Buttons is running free with your guys at Rainbow Bridge.

So sorry to hear about your loss, our pets are part of our family and losing one is wrenching for all the family. I remember my 18 year old  tough son was in tears when our fist cat died. I don't remember seeing him cry before that, he just wouldn't.

I get it, Nick & Trudy.  I'm sorry about your cat, but can understand how attached your son was.  My husband was the same way.

Hello Elyse -- I'm sorry to hear of your loss - regardless of when it happens, it's never easy and some are more difficult than others.  Buttons was also the name of our first dog when I was growing up.

Take care and may the wonderful memories of Buttons provide some consolation.

Thank you for the kind words, Michael.  That's funny Buttons was the name of your first dog.

I have many wonderful memories of Buttons.

So sorry to read this, Elyse!  It's never easy to say good bye to our best friends.  Glad to know you had so many good years with Buttons & you'll always have those memories.

Thank you, John.  This one wasn't easy, but I do have wonderful memories.

I hope that you are beginning to move to a different place in your grief for Buttons.  I still miss my first cat and it will be twenty plus years since I had to put him down.

Thank you for the kind words, Lise.  It's been 8 months and I miss her every day.  Corrie came to join us and, amazingly, has many of the same traits as Buttons did.

I understand how you can still miss your cat.  I've had other animals and miss them all.  Buttons was especially hard though. 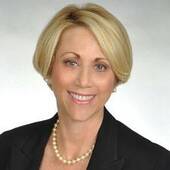