Wichita Falls Housing Market Starts with a Bang in 2017

A Look at Housing Stats

The Wichita Falls Association of REALTORS® (WFAR) covers 5 counties: Archer, Clay, Young, Wichita and Wilbarger.  In this area for the month of January 2017:

In the last 6 months there have been 133 Expired Listings.

The trend in median price is relatively flat indicating that even though there has been an increase in home sales, the market has not seen a corresponding increase in prices.

What Does This Data Mean?

To read more find the full article at http://lockhartrealestateteam.com/wichita-falls-real-estate-market-report-february-2017/ 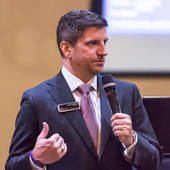