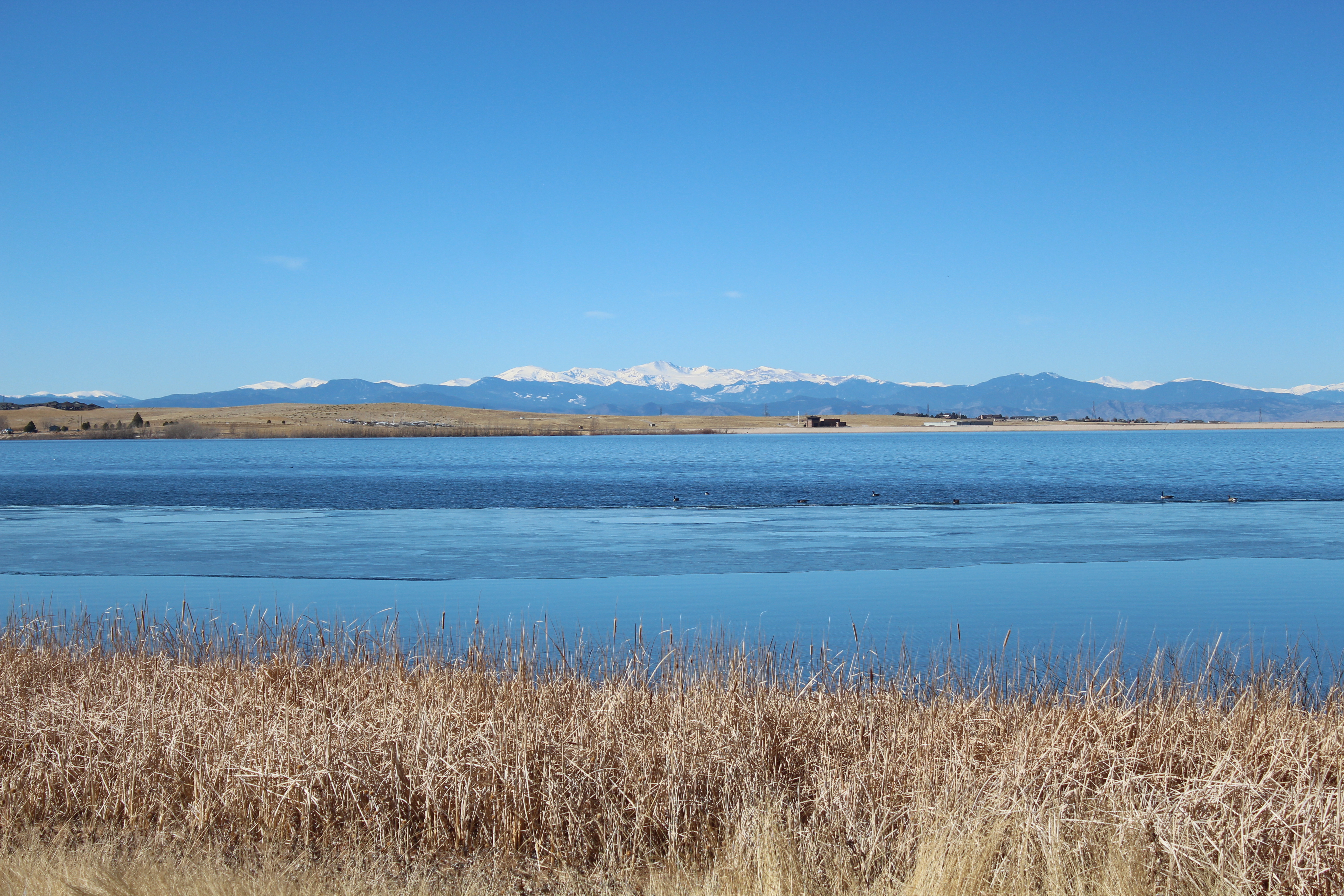 The Aurora Reservoir is located east of E-470, and south of I-70.  It is sandwiched between the rolling planes at the east/southest corner of Aurora, and a large number of residential homes on its western side.  The homes are divided amongst three main neighborhoods... Wheatlands, Beacon Point, and Southshore.  Several of the homes in these areas back to the reservoir, providing unobstructed views of the water.  All of these neighborhoods are within walking and biking distance to any of the several walk-in access gates bordering the neighborhoods.  These gates provide free walk-in access to the reservoir and its numerous amenities. The Aurora Reservoir is both a water source for the city of Aurora and a recreational area.  It is fed by a large underground  pipe with the water coming from Aurora's reservoirs, some over 200 miles away.  Streams near the reservoir are diverted around it to keep the water pristine.  Major features of the reservoir include a small swimming beach with facilities, a playground, a water sports area, a scuba area at the east end of the reservoir, and an archery area.  There is also a nearly 8 mile round-trip paved path around the entire reservoir, providing opportunities for walking, biking, running and access to fishing areas. Amazing view Erin, thanks for sharing the pics and info on the Aurora Reservoir.

Welcome to ActiveRain and thank you for sharing informatino about Aurora Reservoir. An 8 mile trail would be a great place to spend some time!

I love the photos. Thank you for sharing

Hello Erin and Welcome to the Rain where we all help each other and learn from each other.  Hope to see you at a meet up!

Thanks for the introduction to the Aurora reservoir. I never knew this existed Erin Mehojah.  Welcome to ActiveRain and congratulations on posting your first blog on our site.

Erin welcome to ActiveRain and congratulations on posting your first blog on this site.