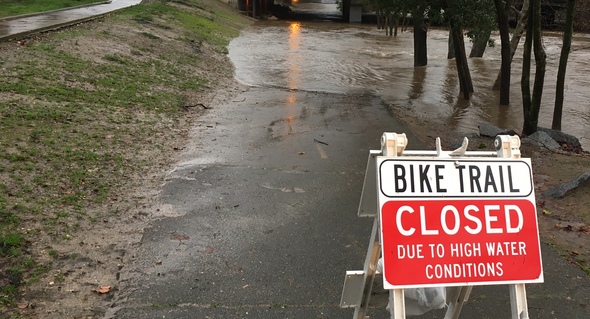 California Governor declared a state of emergency for 50 counties from flooding, erosion, and mud flows. Just recently we learned that the State Water Resources Control Board voted 5-0 on Feb. 8 to keep its emergency drought regulations in place through April. Cities in our region, along with hundreds of water agencies throughout California, urged state regulators to let these rules expire.  As the precipitation levels, have been exceptionally strong. Lake Spaulding, which accounts for 90 percent of Placer County Water Agency’s supply, is at 217 percent of average compared to this time last year. This is on track to exceed water year 1995, the wettest year on record. Additionally, monthly precipitation levels for the last three months have been above average with no less than 130 percent of average for each month.

For the State Water Board to perpetuating the drought is simply about acquiring regulatory power by setting mandatory water use targets even when we are aware that our reservoirs were nearly empty at this same time last year, but the recent rains have filled them up to the point the water must be release due to the verge of collapse as we uncover severe erosion.

The State Water Board should focus on developing more water supplies, constructing water recycling systems and groundwater banking.  Listen to the public when they address that there is erosion pertaining to the Oroville Dam presented by the “Friends of the River” who voice their concerns for nearly 12 years.  It was very insightful when Bill Croyle, California Department of Water Resources was not aware of such concerns.

We sure don’t need to have State Water Board to tell us that there is a “drought” as they should get out their offices and look at the floods -  we have plenty of water.

As the City Major of Roseville Susan Rohan made a good point with her article pertaining to the concerns of water management and Jack Duran, Placer County Supervisor providing the data.

Adele, everyone is watching the storms you all are experiencing.  Stay safe!

It sure seems like the drought is no longer the concern.  I wonder if the flood maps will change in someway?  All that damage could the real estate industry be affected by it?  What do you think?

Paulo, the real estate market will be affected as I already had a call from a Buyer from Portland, OR stating that they may not want to move to the area because of the evacuation pertaining to Oroville Dam.

You guys are really getting hammeed out West Adele. It's either feast or famine. Stay safe!

Your right about that William as we need to keep this water stored. 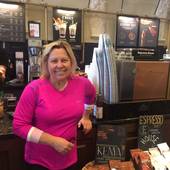