Most are aware that Villa Muse threw down a now-or-never ultimatum for the city council, and how the council refused to bite.  But what's happened since then?

Two months after, there are scant few developments on that front.  But there are some interesting residential developments under way nearby.  At the Villa Muse website, the "news" column includes a May 7th post-mortem thanking their supporters, and criticizing the city council members who voted against them:

As you are most likely aware, yesterday was our presentation to the City Council, and in a surprising and disappointing 4-3 vote, they rejected our request that would have laid the foundation for Villa Muse to be built in Austin. We will continue to listen to and evaluate the City's counter-proposal, but we are now moving out of exclusive negotiations with Austin and into mutual negotiations with two other municipalities in Texas, which by definition, lowers the odds that we'll end up calling Austin home.

Their map, however, still shows the proposed development at the original Webberville location, and although the developers reportedly have been in talks with Bastrop and

San Antonio, there's no solid news of Villa Muse planning to call either of those cities home.

Two other real estate developments in the same area, however, are making progress to overcome the same hurdles that Villa Muse faced. Through the use of Public Improvement Districts (PIDs), Fort Worth-based Taurus of Texas Holdings LP is entering an "unusual-and intimate-financing partnership with the city," on their proposed $3 billion development just a few miles north of Villa Muse's proposed location.  These proposed developments are also in Austin's "ETJ," or Extraterritorial Jurisdiction--the "unincorporated land just outside the city limits that the city is authorized to annex and levy taxes on."

The developments are to be called Whisper Valley and Indian Hills, and the deal is all about infrastructure.  Put simply, someone is going to have to spend millions and millions of dollars putting in the sewers, streets, and other facilities in order to turn that farmland into urban territory. The city could do it, but only after annexing the land and laying out a huge chunk of tax money.  The developers could do it (like the Villa Muse team wanted to do), but that would add hugely to their expenses.

What the current deal is proposing is that the city uses its considerable borrowing power to leverage the infrastructure, in return for getting to regulate the development from the beginning.

"Bottom line, we'd do a development agreement that gives us an opportunity to essentially invest in infrastructure in order to produce a different land-use pattern than what we typically see in a suburban (area)," Assistant City Manager Laura Huffman said.

This type of regulation may be exactly what the Villa Muse developers were wanting to avoid.  And while it's certain that any kind of real estate development is easier without city regulation, it's hoped that the Villa Muse team may take a look at their neighbors in the TX 130 corridor and decide that there is, after all, a way to reconcile the city's desire for control over its suburbs and the developer's need to work with a relatively free hand. 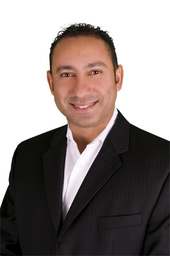