January home sales continued last year’s momentum, up 4.33 % compared to January a year ago, setting a new record high for January. Home sales this month were 1,447 compared to 1,387 in January 2016.
“2017 home sales continued the positive momentum where 2016 left off,” said David Welch, President of the Cincinnati Area Board of REALTORS®. “January 2017 posted the highest number of home sales compared to any January historically, exceeding the record set in January 2016,” said Welch.
The average home price climbed to $180,681 compared to $166,130 a year earlier, a +8.76 % increase. At the same time, the inventory of homes for sale, as of January 31, continued its year-over-year declining trend to 4,867 from 6,647 a year ago, down – 26.78 %.
“The average price of homes set another record this month, extending our consecutive record months of average home sale prices to eight. Low inventory along with low interest rates and consumers ready to purchase is the perfect combination for driving prices higher. Homes that are priced right and that are in move-in ready condition are the properties that are selling quickly,” said Welch.
Local home mortgage rates in January averaged 4.07% for a 30-year fixed rate loan. The rates were up slightly compared to 3.80% a year ago. At these fixed rates, the monthly principal and interest payment on a $100,000 home loan with no money down would be approximately $481.
“Consumers should to contact a REALTOR to help guide them through all the important details involved in buying and selling a home. A REALTOR will assist you through the entire process, and is your absolute best source for professional and accurate information,” said Welch.
Call a real estate professional !! Call a REALTOR today!
Nationwide, January home sales were up + 3.3 % from December on a seasonally adjusted basis, and was up + 3.8 % from January 2016.
Like favorite_border
favorite_border 0
repeat 0
bookmark_borderbookmark

Brenda, this is great news for Cinncinati, and hope your sales remain strong for 2017.

Thank you Joan! Here's to a prosperous spring!

I have a couple of acquaintances who really go to bat for Cincinnati! Great town with a lot a little interesting nooks and crannies :) 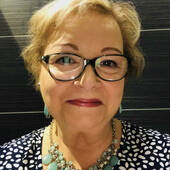