Elysian Valley or better known Frogtown is a long, thin neighborhood hidden between Elysian Heights (Echo Park) and the Los Angeles River. The neighborhood’s boundaries are the LA River to the east and north, Riverside Dr. to the south, and Fletcher Dr. to the west. The neighborhood is made up of primarily small single family homes and apartment buildings. Along the river there is block band of industrial buildings that have been used for studio space by artist and designers. The Elysian Valley bike/walking path was created along the Los Angeles River, and it now functions as the main promenade for the neighborhood. Because of this cycling and cycling related businesses have become prominent in the neighborhood.

The annual Frogtown Art Walk has drawn visitors from all over the city. The bike path along the LA River has brought renewed attention to the neighborhood and has created a demand for cafes, housing and resting places along the LA River. Parts of the neighborhood have been rezoned from manufacturing to commercial manufacturing which makes room for high density residences and retail business.

It has become a hotbed of activity where visitors and residents can bike along the LA River and visit the coffee shops, cafes, and activities.

Here are a few Frogtowns spots for you may want to visit.

The LA River Bike Park - The L.A. River bike path is made up of multiple sections, including the Glendale Narrows Elysian Valley Bicycle Path which cuts through Frogtown. It runs from Victory Boulevard and Riverside Drive to Elysian Valley's Egret Park, though you can also access the bike path at various points in Frogtown, like Marsh Park and Rattlesnake Park.

The Frog Spot - The Frog Spot is a community center and fundraising project for Friends of the LA River, and serves as a central gathering place in Frogtown.  It's only open during the summer on the weekends. The spacious, open air center hosts music performances, art shows and other events, and is a great place to stop by during your bike ride along the river for a cup of coffee and a game of bocce. You can sign up for kayak classes and there's a bike repair stand in case you're afflicted with a flat tire.

Kayak down the L.A. River - There's plenty of space to bike alongside the river, but during the summer the Mountains Recreation and Conservation Authority allows the public to kayak in two designated areas. You can walk, fish, and use non-motorized and steerable boats such as kayaks from May 30 to September 25.

Spoke Bicycle Café - Spoke Bicycle Cafe is the quintessential neighborhood hangout, where you can stop and get a cup of coffee and a pastry while having your bike repaired. You can also rent a bike if you don’t have your own.

Frogtown Brewery - Given Frogtown's recent boom in shops and restaurants, the neighborhood was practically screaming for a microbrewery with a community feel and a bright future. And that’s exactly what Frogtown Brewery offers. Every brew in this spacious yet cozy beer house is surprisingly cultivated, even elite. Their seven-beer menu spurns the hoppy-everything craze in favor of an eclectic catalogue, utilizing imaginative flavors in new ways.

Elysian - Elysian is an event space, restaurant and bar adjacent to the L.A. River. As an event space, it serves as a beautiful place to throw a wedding or party. The kitchen is open Wednesday through Saturday for dinner and serves California market-driven cuisine.

If you’re interested in buying or selling a home in Frogtown or any of the many great neighborhoods in Los Angeles. You should call the Shore/Hitt Real Estate Network today! We know what the LA buyers and sellers are looking for and have the knowledge and experience that will help you through the buying process.

Darn!  I was just in Los Angeles visiting my brother and told him that a new path has sprung up along the river.  I would have loved to know this beforehand. Next time for sure.

Your write-up makes Frogtown sound quite intriguing and fun, Ronald and David. How affordable is the housing?

(In my area here in Central MA, we have the city of Worcester, fondly nicknamed Wormtown. Also with its own Wormtown brewery. Great gathering place.)

Many great fun events to participate in Frogtown neighborhood.

Great Post Ronald and David. I've never been to CA, but hope to make it one day. 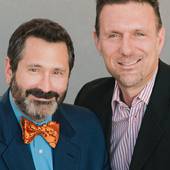