Chelsea Park subdivision in Rockledge Florida offers homeowners deed restricted living in a centrally located development near everything.  With lower association fees than most of the nearby developments, its amenities (community park with outdoor basketball/playground) and proximity to several golf courses, its no wonder Chelsea Park is one of the most sought after communities in Rockledge.

Its location close to  to I-95 and US1 makes commuting from Chelsea Park to Melbourne,  Kennedy Space Center, Patrick Air Force Base or the beaches very easy.    Orlando and the attractions are also less than an hour away.

What is for sale in Chelsea Park?

ration point between these properties also could be "2,500 sq.ft." as the three lowest have less space and the others more.

Five of these homes offer four or more bedrooms.  Five also offer private in ground pools which is nice since there is no community pool at Chelsea Park (contributes to lower association fees).

What has recently sold in Chelsea Park?

There have been three homes sold in Chelsea Park since December 1, 2016 (past three months).

For information on homes for sale in Chelsea Park and Rockledge, Florida, call or text me at 321-693-3850 or send me an email.

Good morning Gary. Sounds like Chelsea Park is definitely a contender with some advantages. Enjoy your day

This is a nice update on the Chelsea Park market, Gary L. Waters, Broker Owner, Waters Realty of Brevard, LLC

Chelsea Park home sellers will be in very good hands when they select you as their listing agent.

Good morning Gary.  Thanks for the update and information for the Chelsea Park subdivision in Rockledge Florida. 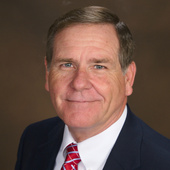