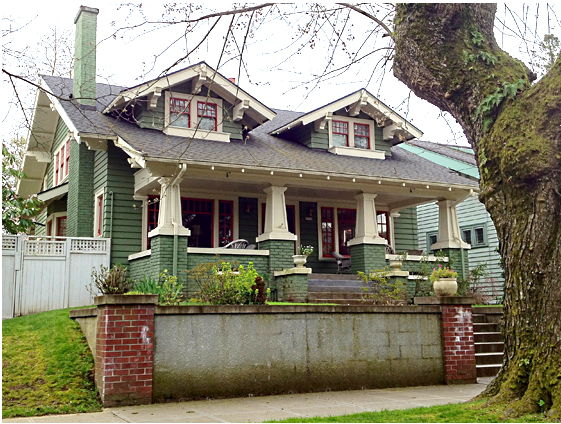 When taking a look at homes in the Woodstock area you will probably observe that many of them are Craftsman Bungalows. Craftsman's origins are from Britain, however they were quickly and steadfastly made popular in the United States by several famous architects and designers. These homes are simplistic and speak to the style of Frank Lloyd Wright, a direct backlash in the 1900's to the ornamented and grandiose style of the Victorian Era. These Bungalows often feature low pitched roofs, which tend to be gabled or hipped, with rafters exposed over large verandas. This style embraced handiwork and natural materials – many featuring stone or stucco siding. Historically known as one of the oldest neighborhoods in Portland, many of the homes here were built in the 1900's, and some built as early as the 1880's. Woodstock was first mapped for development in 1889, so it's no surprise that one of the most popular housing styles of the time would be prevalent here. The charm of this area is synonymous with the appeal of these beautifully moderate, hand-crafted homes.

You gotta wonder how did they stop building these gems and instead toss up a bunch of track housing !

Nothing beats an early 1900's craftsman fully restored, especially in the Woodstock neighborhood!

Dustin welcome to ActiveRain and congratulations on posting your first blog on this site.

Thanks George! I apprecate the support!

I always enjoy these old homes filled with vintage character, thanks Dustin.

Thansk Bob! I appreciate the support!

Welcome to our AR community!

Congratulations on posting your first blog post! All the best with the sale!

Thank you Inna, I appreciate your support!

Welcome to ActiveRain! This was an interesting overview of some of the home designs in the Woodstock /Portland area. Thanks for sharing.

Good morning, Dustin Miller we have many older cape style homes just as the one you've displayed.... they sell quickly and are in big demand here...

I'm sure you have beautiful historic cap cod homes in Franklin. We have a huge demand for the craftsman homes right now in Portland, OR.

and welcome to ActiveRain...it's a great place to learn, share, market and network....and I hope you enjoy all of it and benefit from it...

I would like to welcome you to our ActiveRain Community Dustin Miller. There are so many ideas and lessons here on ActiveRain that will help you succeed. I hope our site benefits you....

Thanks, Paul! Happy to be a part of the community!

Dustin Miller, Welcome to Active Rain and congrats on your first blog post. This is a good place to meet and iteract with awesome professionals.

Sybil, thank you for the welocme and support! I look forward to connecting with great people in the community! 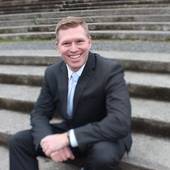