Real Estate is a tough gig.  As it should be. Income is uncapped, and the profession can be pursued in any state and most countries.

Gary W. Keller inspires ME. He made my list of Top 50 greatest real estate quotes with ease. I have watched countless video's and been invited as a preferred vendor to Keller Williams events. I have never failed to be inspired. He's the real deal.

Here is my favorite Gary Keller story. It's short.

He got into real estate and sold SIX homes his first month. The market changed, and he didn't sell ANYTHING for the next five months. He was broke. He visited his family, and his father questioned whether he was even working. Gary showed him his Rolodex, Calendar and a long list of notes connected to calls and visits with prospects.

Gary's father loaned him $500. Gary went back to Austin and sold a home. He ended the year as Rookie of the year. And then went on to establish the largest independently owned real estate brokerage in North America.

If that doesn't inspire you then maybe this video of Gary talking about his founding principles will.

Inbound Real Estate Marketing - being a KW Agent, we all thank Gary every moment!

(And yes, have heard his story at few events. Thanks for sharing the video.)

Thanks for sharing this, I am a big fan of Gary Keller and the company that he built.

Thank you for the inspirational post and video. I have one of his books I will read it again.

Gita Bantwal Behind every great entrepreneur is a great story. If it was easy everyone would do it. 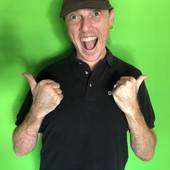