Here's an article from the Associated Press I thought some may be interested in reading if they haven't already.  WOW

WASHINGTON - Fannie Mae reported losses of $2.2 billion in the first quarter and the nation's largest buyer of home loans said Tuesday it would cut its dividend and raise $6 billion in new capital, with expectations that the housing slump will persist into next year.

Home prices fell faster in the first quarter than Fannie Mae had expected, the government-sponsored company said, and it will open a $4 billion share offering immediately, with the remainder being offered in the "very near future."

Fannie Mae's federal regulator, the Office of Federal Housing Enterprise Oversight, announced Tuesday that following the stock sale, it will cut the capital surplus cushion the company has to maintain by 5 percentage points to 15 percent. Another five-point cut will come in September, provided there is "no material adverse change" in the company's regulatory compliance.<!-- BOXAD TABLE --> <!-- END BOX AD TABLE -->

The company's estimated fair value of net assets as of March 31 was $12.2 billion, down 66 percent from $35.8 billion at the end of December. The huge decline was attributed to falling home prices and changes made to reflect new accounting methods. The assets are not counted toward the overall loss.

Fannie Mae's first-quarter loss contrasts with a profit of $961 million in the January-March period last year. The company reported Tuesday that the early 2008 loss was equivalent to $2.57 a share. It earned 85 cents a share a year earlier.

Wall Street analysts polled by Thomson Financial had expected the company to lose 81 cents a share in the latest period.

Reflecting the ravages of the housing crisis, Washington-based Fannie Mae was forced to set aside $3.2 billion to account for bad loans. The losses were greatest in the hardest-hit states: California, Florida, Michigan and Ohio.

And the company said it only expects credit losses to worsen next year.

"Going forward, we expect our financial results to continue to be affected by the difficult (housing) market," Fannie's chief financial officer, Stephen Swad, said in a statement.

Revenue rose 38 percent in the first quarter, to $3.8 billion, bolstered by increases in fees that Fannie Mae charges lenders to guarantee mortgages and in interest income.

Amid the deepening housing downturn and the financial turmoil it sparked, the government has increasingly looked to Fannie Mae and its smaller government-sponsored sibling, Freddie Mac, to step up their role and help restore stability to the market by buying up more mortgages and bundling and selling them as securities. Three-quarters of mortgage-backed securities are issued by the two companies.

In March the regulators reduced by a third the mandatory cash cushion that must be held by Fannie and Freddie, in order to free up an additional $200 billion to finance new mortgages and help existing homeowners battered by the roiling market to refinance into more affordable mortgages.

But analysts worry that the opening for Fannie and Freddie could put too much financial risk on the backs of the companies, which have taken multibillion-dollar hits from the foreclosure wave and have been hungry for capital. Critics have said that allowing the companies to take on more debt could threaten the global financial system.

On Tuesday, Fannie Mae said it would cut its dividend, starting in the third quarter, from 35 cents to 25 cents a share, freeing up around $390 million a year.

The company already had slashed the dividend 30 percent in December, when it also raised $7 billion in capital in a special stock sale.

You might want to edit this blog and delete the gibberish out of it.  Good Luck 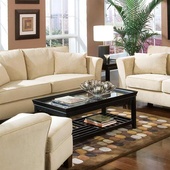