Dad Passed Away – We Really Need to Get Mom to Move

I have started this blog several times over the last couple of years, but have never found quite the right words.  So here goes again - One of the hardest life events is to have your father pass away.  As an adult child, you quickly find yourself becoming very protective of your mother.  You want to do things to help her through this tough time, to ease or even shield her from the pain you can see in her face and in her every action.  A common response is to try to get her to move, perhaps to be closer to you, but definitely to get her away from the house that they shared for so many years.  After all, all those constant reminders would renew the pain again and again, right?  And besides, you know she needs to move on with her life, and a physical move would symbolically and physically start that process.  You can’t imagine she really wants to stay there alone with those memories haunting and constantly causing new pain.

My Dad passed away in 1995, and that pretty much describes my sibling’s and my reaction and thought process.  We convinced Mom to move out closer to us and “really begin to move on.”  Now there were some health issues as well, so she did probably need to move sooner or later, but we definitely pushed hard for the “sooner.”  Mom agreed to do so, but I’m not certain whether it was because we convinced her that it was a good idea or because it was easier to do it than to argue with us.

Looking back, I’m not sure Mom was ever truly happy; in fact, I’m fairly certain she was not.  Sure, she was close to us and to her youngest grandchild, and she did like that.  But she never really seemed to feel like the new place was home, even after 15 years.  She didn’t make many friends and wasn’t ever comfortable getting around the area.  Even so, we were certain that this was better than allowing her to stay where she was and never move on.

A little over 5 years ago, I experienced the other side of the coin when my husband passed away after a short illness.  Losing a parent is tough, but it is nothing like the pain of losing your spouse.  There was not only the pain of the loss, but also a feeling of being thrown into the sea.  It seemed as though my entire life had been ripped apart.  Everything was different, and the one person I had always relied on to provide stability and comfort in hard times was no longer there.

After the funeral, I found myself alone (OK, I had the two dogs) in the house we had shared for over 15 years.  I walked through it looking at everything in it, and I learned something.  The house was not full of pain and memories waiting to open (very) fresh wounds.  Instead, it felt like my anchor, my refuge – my Home.  It was the familiar in a world that had otherwise been thrown into turmoil.  And I needed the comfort of my home – something that had not changed – to help me get through the next several months.

About a year later, my life regained some stability as I adjusted to the new normal.  Only then I was ready to make the move to a new home better suited to my new life.  The key was that I was able to make the decision on my terms and on the time table that was right for me.  I also ended up moving to a location that I never would have considered if I had moved immediately.

I know my son worried about me (he called every day for several weeks or even a few months), and I’m also certain he wanted me to move closer to him, even if he never said it at the time.  I need to remember to thank him for that one of these days.  I am sure delaying my move actually helped ease the pain and ultimately speed the healing process.

Moving is stressful under the best circumstances.  It takes time to find the right home, and clear thinking to plan the move.  Unless there is some compelling reason (health, financial, etc.), the weeks immediately following the death of a spouse is probably not the best time to find a new home, even if the kids think it would be best for you.

Groups:
Diary of a Realtor
Out Of The Box!
Bartender, Make it a Double

This is such a heart felt post.   Thank you for sharing your experience with us.  I'm sure it will help someone out there whose mother is suddenly without their father and the idea to move seems best.

My own mother lived in the home she shared with my dad for 13 years after he died.  Moving was like breaking her heart all over again, but she did adjust to her new condo.  Now she can't imagine living that. Thank you. It took a long time to get out of an analytic mindset while trying to write this.

Pat McCormick  This was a very informative post . Full of emotion and understanding of how a person might feel when losing a spouse . I have lost a long time spouse but it was in a divorce not death . It was painful but different .

Hi Pat - I'm glad you are finding your way; everyone needs to deal with time in their own way. I hope the healing continues, and the laughter returns to your life.

Good morning Pat. First, sorry for your losses. You learned an important lession and it was a good one to share.

Different children have different responses - like you, many think a move needs to be imminent.  And, like your son, wise as he is, leaves it up to the widow/widower.  Moving in YOUR time prevented those raw, fresh wounds from opening up all over again, so shortly after you found yourself alone.

Conversely, there are those who fight to stay in their previously shared home, only to become hermits.  My grandmother did that - she wanted to die after my grandfather died and she did everything she could to make that happen naturally.  She was never herself as long as she lived there and refused, for YEARS to move from their home.  When she finally did, she became more social and more appreciative of life.

So, one never knows just how to encourage or support a loved one in this situation.  You did what you thought was best and you did it with a loving heart.  That's what matters!

BTW, so happy to see you back in the Rain!  Happy Sunday, Pat!

Pat this is truly a heartfelt post from the deepest part of your heart and soul.  It takes great strength and courage to finally be able to express how you're feeling and what you experienced through all of those challenging, difficult times. I'm so happy to hear that you've finally found your balance again and life is looking brighter for you.  Welcome back into the Rain. Come back often!

Pat - I think many of us struggle with life decisions when we lose a parent.  And, since no two of them are alike, it's not always the easiest thing to know whether it's best to keep them in their existing home, move them closer to us, or what.  We often do what we can, and hope for the best.

Thank you for sharing both sides of the coin. In my case, my mother passed away first and I worried about my dad. We did talk about his possibly moving closer to me and his answer was that he didn't want to leave the last home he shared with my mom. He didn't want to leave the memories. He didn't want to be too far from the cemetery. And because he seemed to still be healthy and in charge of his facilities, I didn't push the issue. After reading your post, I'm very glad I didn't. He passed away in a hospital that was less than a mile from their home; in fact, you could see the hospital from their dining room window. He was near his loved one all the way to the end... and beyond I'm sure.

Thanks for sharing this touching and insightful story Pat.  I always wonder about the feelings of displacement when older people retire and move off to some far off land like Florida.

I was surprised on the day of my mother in laws funeral when my father in law shared with me that he already had his application in at the local assisted living home and was looking to get out of their big home as quick as he could.  She had been in a nursing home for nearly a year before she passed and he was very lonely each day he was in the home without her.

Hannah, Lotti, Anna - Thank you for kind words and insights.

Sheila - I was surprised at how I felt about staying in my home.  I really didn't expect that reaction.

Debe, Myrl - Obviously, every situation is unique.  One of the main things is to listen and to keep communications open with the one affected.

Kat - It sounds like you helped your dad make the best decision for him.  I'm sure he appreciated it.

Bob - The important thing is he got to make the decision.

I don't care what happens to my dad.  You won't get my mother out of her house except in a pine box.  Her quote. 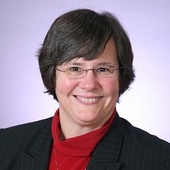 Home Buying about 5 years ago
bookmark_borderbookmark
I can find homes on the internet, so why do I need...
View more Recent Posts   arrow_forwards