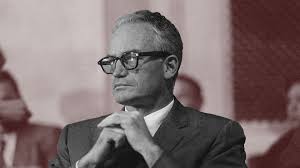 I begged for my first service electrician job.

I actually wanted the job so badly, I left a letter on the door of the office Sunday night, lucky for me I was called Monday morning for an interview. I recall the only question I was asked by my boss was "How do you feel about crawling through attics?"

I did not realize how much it would impact my life.

I thought of it as a job, not a career. I wanted to go into law enforcement. The funny part is, looking back, I worked for that company longer than I had my "career" in law enforcement (I only worked in law enforcement for a few years). My job there was to travel to people's homes (mostly) and repair electrical issues or install new circuits and devices. For the most part, it was the same basic work each day.

However sometimes there was very interesting people to meet.

The company I worked for was Shields Electric, in Scottsdale, Arizona. I still recommend them as the best residential electricians in the valley. They have been in business for a long time and have a longer list of clients. I found myself at the homes of some very important people who have important influences on history.

I met Barry Goldwater and many others.

I went to Senator Goldwater's home several times. Each was a better trip than the previous. While you serviced his electrical systems, he would tell stories on politics in the 1960's. I was lucky enough to go to his home the day after he recommended Bob Dole for President.  I was fascinated by him and lucky to have met him, he passed away just a few years later.

You never know what a "job" might do for your.

This job really shaped my life. I later went on to become a contractor myself which eventually led me to real estate thanks for some of the influences from people like Guy Stillman (who was also a client and friend from when I worked for the city), Senator Goldwater and a host of others.

What a wonderful experience to have met Barry Goldwater and to actually have the opportunity to hear his stories!

It was an added experiece as I was able to be invited into his home. He was a very nice, polite man who offered many stories. It was a great experience to go to his home, he did not treat you any differently than any other person did, he offered coffee and liked to chat, even with a dumb young kid like myself. Despite not knowing him that well, I felt like a friend passed when he died.

Good morning Jim. How very interesting. You have ben shaped and influenced by many like most of us.