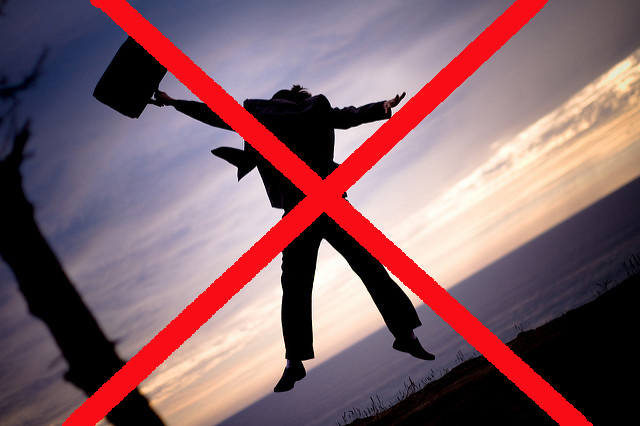 We moved to Florida in 1996, and I remember reading about a convention at Orange County Convention Center, scheduling events for as far away as 2023. I remember that I was so surprised that people were planning for 27 years ahead. As you know this Convention Center with later addition of a new complex across the street is the second largest Convention Center in the nation after Chicago.

I worked in Orlando for 2 years, and I remember what an incredibly huge was this convention business, how many people around were involved, how massive the effort was, and how many companies and people were involved. Remembering how far ahead this business was planned, I can only imagine how a problem today may affect this business for decades to come.

Today I saw in Florida Trend, which aggregates and delivers the news in print and on the Net, that Florida tourism is expecting to be adversely affected. this is not the news any Floridian wants to hear.

I followed the article on CBS News. It said, “U.S. Travel Association says the tourism industry is already seeing evidence of what’s being called a “Trump slump” as regular travelers are cooling their jets.” Or, how do you like this “the Global Business Travelers Association reported $185 million dollars in lost bookings to the U.S.”

When you read and see how dramatically bookings to US have fell. From low 30 to 46%. Oh, wow…

Driving in a car, I had the radio on, and heard that just 1% loss in business tourism means losing 75,000 jobs. But they are talking about a drop of 17-18%. Imagine how many jobs may be lost…

Every move has a domino effect. Travel ban has it, too. I know that we may not think about it, but do people at the very top think things through when they announce something? It is not a TV show, it is serious.

Business is long international. How can anyone in their sound mind plan for a world convention when they can’t guarantee that participants would be able to come to US? People who are in convention business abroad, and who liked to bring conventions to US are looking for other places now.

Is this how we make America Great Again? Can anybody show me how exactly we are doing it?

Bad news... and there's also this: "Members of the European Parliament have called for the European Commission to impose visas on US citizens visiting Europe."

Karl Hess - interesting. You are the only one who commented on this post. Did we become completely indifferent to the biggest changes in the fabric of the nation? It is stunning how we, the people have changed in the last decade. I bet you remember heated and sometimes over the top discussions of the elections? It was deafening silence this time. As if we do not care...

And acceptance of bullyism, ignorance? I do not believe that people still do not see the lies, it is that they do not care, or think that it is not important. We are fine with a lying President.

It is o difference than in Russia, and in many other places...

It's mystifying to me. I assume it's very difficult for people to admit they were wrong or they don't care as long as "their guy" won. I'm not sure which is worse.

BTW, I saw this quote from Gary Kasparov after Trump's speech at the RNC Convention: "I've heard this speech many times, and trust me, it doesn't sound any better in Russian."

I thought you'd appreciate it. :)

Karl Hess - as you know, I am a registered republican, and was a darling of the right on AR. Now they are pissed off with me, and think that I have changed. The funny thing is that I did not change. Things around me have changed, the country around me has changed...

I have always been claiming that I was afraid of the temptation to slide to socialism under any pretext. And yes, I heard it from Obama, and I did not like it.

But never in my wildest dreams could I expect to hear the same stuff I heard back in the USSR. I would have said that Trump resembles Putin, but that would not be fair. Putin is much more cunning, calculating, smarter. He is the master of manipilation and it is on the scietific level, while Trump is simply a liar and a very cheap shot.

We are degrading ourselves as a nation for letting such a character to represent us in the highest office in the land... actually, he is  disgrace to any office, even on a county level, not the nation.

We resemble the prewar crowd, that was OK with Hitler,because Hitler was bringing the work, bringing highways and bridges, bringing the industly to the forefront of the economy.

He made Germany and Austria prosperous and great again... Sounds so familiar. The difference again is in the caliber. And I believe it reflects on our caliber of the nation, and not really favourably

Jon, you remind me of the Republicans in my younger days (like my father)... people who voted for Eisenhower. They are not "party" loyalists. They understand their own values and act accordingly. Trump supporters do not have a ideology beyond nationalism - and that is very dangerous, indeed. BTW, Eisenhower would be considered a "lefty" by Republicans of today.

I for one believe a temporary travel ban for those countries supporting terriorism is the right thig to do until we have a better vetting process in place. We have seen a big increase in terriorism already in the U.S. so I believe Mr. Trump is just trying to protect us from terriorist not the average person who visits our country.

Mike Frazier - I can't believe you are serious. I am a refugee from the Soviet Union. It took me 2 years waiting to get it through the bureaucratic machine, but there was no vetting whatsoever.

As for Trump, how can he vet anyone, when he, having the FBI, Cia, NSA and everything else could not vet Michael Flynn, who was selling US for big bucks, Manafort, who is a traitor, who actually was one of those, who developed the system of undermining US in the interests of Putin, and then there are two more people involved with Russians, and we do not know yet about many others. Rybololovlev deliver $40 Mil to Trumo just before he was going down unable to pay the bank the loan> Rybolovlev is not an idiot to pay more than the double the value of the house in South Florida... It was a way to bribe Trump. Check the flight data of candidate Trump and you would be surprised that in many cities where Trump would go to meet people, Rybolovlev would go in his jetliner, too. What were talking about? How much more money they were discussing and for what.

No terrorist would do more damage than Putin/Trump ticket. Not even close.

The U.S. has made constant improvements to the program, learning from mistakes as they arise.

The U.S. should remain selective with refugees it accepts, focusing on applicants that the U.S. has an acceptable amount of intelligence o

With several high-profile terrorist attacks around the world, including Paris and San Bernardino, Calif., many have raised serious concerns about how thoroughly individuals entering the U.S. are screened.

In particular, a lot of focus has been paid to the refugee process. Americans are understandably worried that terrorists might use any and all opportunities to enter the United States.

So what does the refugee vetting process look like?

First, most applicants apply for refuge through the Office of the United Nations High Commissioner for Refugees, or UNHCR. The office then forwards some applications to the U.S. State Department, which prepares these applications for adjudication by Department of Homeland Security's U.S. Citizenship and Immigration Services.

Once an applicant is referred to the State Department, biometric and biographic checks are done against various U.S. security databases at multiple points throughout the process.

Multiple agencies systems and databases are incorporated in this process, including:

In addition, the refugee process requires a security advisory opinion to be completed by the FBI and the intelligence community on many refugee applicants who are considered higher risk. Similarly, interagency checks are constantly being done in connection with a wide range of U.S. agencies.

In additional to these background checks, U.S. Citizenship and Immigration Services conducts a refugee interview. These interviews cover everything from refugee and immigration matters to security and country specific questions.

For example, Syrian refugee officers must undergo a one week training course on Syria-specific issues, including classified information. Additional scrutiny is already being applied to Syrians through the enhanced review for Syrian applicants process that puts additional security and intelligence resources at the disposal of adjudicators.

Only at this point can an application be approved. For those that are approved, health screenings and orientations begin. The State Department and Office of Refugee Resettlement within the Department of Health and Human Services work with voluntary resettlement agencies to arrange for resettlement services and assistance.

After an average of 12-18 months, this process ends with entry into the U.S. According to the Department of Homeland Security, of the approximately 23,000 Syrian referrals made by the U.N. High Commissioner on Refugees to the U.S., only about 2,000 have been accepted. The U.S. refugee system can be, should be, and is being picky at who we allow to enter the U.S. as a refugee.

The U.S. has made constant improvements to the program, learning from mistakes such as when in 2009, two Iraqi terrorists were caught in the U.S. after slipping through the vetting process. It is worth noting that these are the only two individuals who slipped through the screening process.

Karl Hess - yes, yes, and yes, and still we all are missing the major point. Even the best implementation would not solve the problem. If you look at terrosrists in Great Britain, so many were born in Great Britain. Their parents, who immigrated, are not terrorists, and the younger generation, born in GB are. I am sure we are seeing it here, too.

Because we are missing a huge and very important chunk of effort that needs to be there.

We bring them here and think that now they are great. And they are not. The reality is a shock. It is not what they thought it would be, and it is 100% of the cases. So, their adjustment would decide who they become, how they will see the world. And we fail miserably on the adjustment. We simply can't see ourselves with their eyes. I worked with Russian refugees, I am one myself, and it is simply unbelievable , how poorly this is done. Russian rarely turn into terrorists, but many others do. Unless we learn how to make them feel not only welcome on the border, but help them adjust, help them get the feeling that they are home here, we will not succed no matter how great the process is.

Using the photographic terminology, it is post processing that is missing.