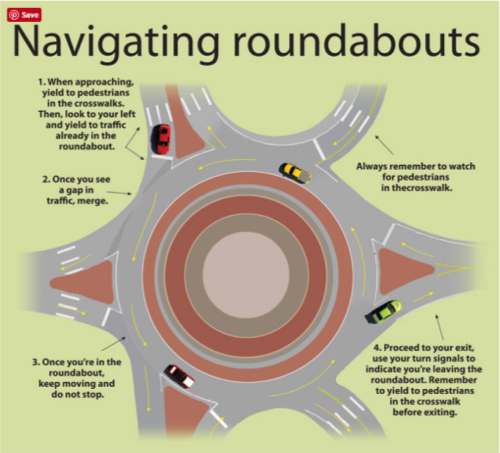 Cheyenne Moving into the Future!

Most people don't think of Cheyenne as a futuristic city. And, in reality it's not. That's part of the charm of the Old Western style that makes Cheyenne unique. There are few cities our size that have not gone completely sky scraper in the United States. Building being built with all glass in unique shapes, glass floors that hang over the mountainous roof top. Roads are two,three and four lanes wide. Here in Cheyenne we are more traditional. The Wild West theme keeps tourism hot in all four seasons.

But now....The City Council is meeting to discuss whether Cheyenne should build a roundabout. Yep! Pretty crazy stuff going on here!!!

Yesterday, the City Council held and open house to give the public more information about the planned new roundabout. The council is proposing the roundabout at the intersection of Prairie Avenue and Frontier Mall Drive, behind Frontier Mall and Target. This will be a single lane roundabout to help ease traffic flow near the Mall.

Several residents are against the roundabout stating that, according to the Cheyenne Police Department, there have been 40 reported car accidents on the Converse/Pershing/19th Street so far this year.The good news is that there were no serious injuries. And one officer went on to say that the roundabout is an improvement from the number of accidents that previously occured in the normal intersection because the former intersection created a lot of T-Bone type accidents with more damage to vehicles and serious injuries to the public.

Council member stated that roundabouts are actually safer because traffic is moving at slower speeds and coming from different angles.

Roundbouts, in my humble opinion, actually keep the traffic moving at a steady pace and a slow speed. They are safer than stop signs and traffic lights and they cost less to build than normal intersections.

Have you ever pulled up to a 4-way stop where there are cars on all four sides? How many times does everyone just sit there and wait for someone to go? Then, because no one has gone, they all go at once! People are also inattentive drivers and may miss the stop sign and drive right on through the intersection causing a crash.

Stoplights can be very dangerous as well. People are driving at higher speeds and have been known to try to beat the red light. If there is anyone in the intersection, you can bet the accident will be serious. If you are a pedestrian, it could be fatal.

Once you get the hang of the roundabout, you won't even have to think about getting through the intersection. You get one way to go and you exit on your turn. Period.

The City of Cheyenne has created a video to teach people How to Drive on a Two-Lane roundabout. If everyone in Cheyenne would view this video, there would be fewer  accidents on the Converse/Pershing/19th Street roundabout.

Also, the State of Wyoming has published a page online to help drivers with the roundabout concept in general. It used to make me nervous going into and around the roundabout, but once I realized how easy it is, and how the traffic continues to flow through, I really began to think about other intersections where a roundabout might solve the issues.

I think it's a good idea, especially for the younger drivers and the more mature drivers to take a look at this video. Then go out and drive through the roundabout but do it when there is going to be very little traffic to distract you.

Here is the general layout of how a roundabout works. If you still aren't sure, make your way down to City Hall and find out what the plan is going to be like and feel free to ask questions. 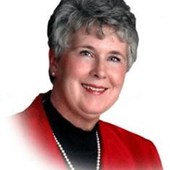