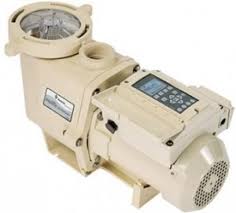 I had someone tell me that a new pool motor was going to save them $150 per month in electricity.I hate breaking peoples high hopes about saving money with electricity but the fact is, you can't beat physics. While I am a proponent of high efficiency, I believe strongly in the use of VFD (variable frequency drives) to limit costs (basically what is installed on your variable speed motor to make it more efficient for pools), it is almost impossible to save that kind of money on an average pool.

Electricity is billed by the KWH (Kilowatt Hour)

The average pool has a 1 Horsepower motor

So know the math

Know the math when making these choices on how to save electricity. Overall, despite what people want to believe, unless you have a large pool with a big motor and you run it 24 hours per day, it is not likely the cause of your high power bill.

But you don't understand!  The marketing materials and sales rep said it is a "high" efficiency motor!