The 75th Anniversary of the Doolittle Raid The bombers took off from the U.S.S. Hornet at about 750 miles east of Japan where they struck factories and other industrial targets in six Japanese cities. But the raid had a devastating effect on the confidence of the Japanese people and its leaders and was a much needed morale booster for Americans.

The raid and complex preparation are described in fascinating detail in the Air Force Magazine, April/May 2017 issue.

The Alameda Naval Air Museum is sponsoring a historical walk and B-25 fly over on Saturday, April 1 at approximately 11:30 am to Noon at the Museum’s home at 2141 Ferry Point in Alameda to celebrate the event.

Museum admission to this event including a souvenir button and the Doolittle exhibit, history walk/talk with Marshall Davis and a visit to Pier 2 is $10.  Refreshment will be served.

And if you love Alameda and want to buy or sell a home in Alameda, please text or call me at 510.504.5612.  I can help you find the home of your dreams in Alameda.  For more information visit my website evelyn.apr.com or my Facebook page Living in Alameda. 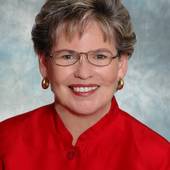