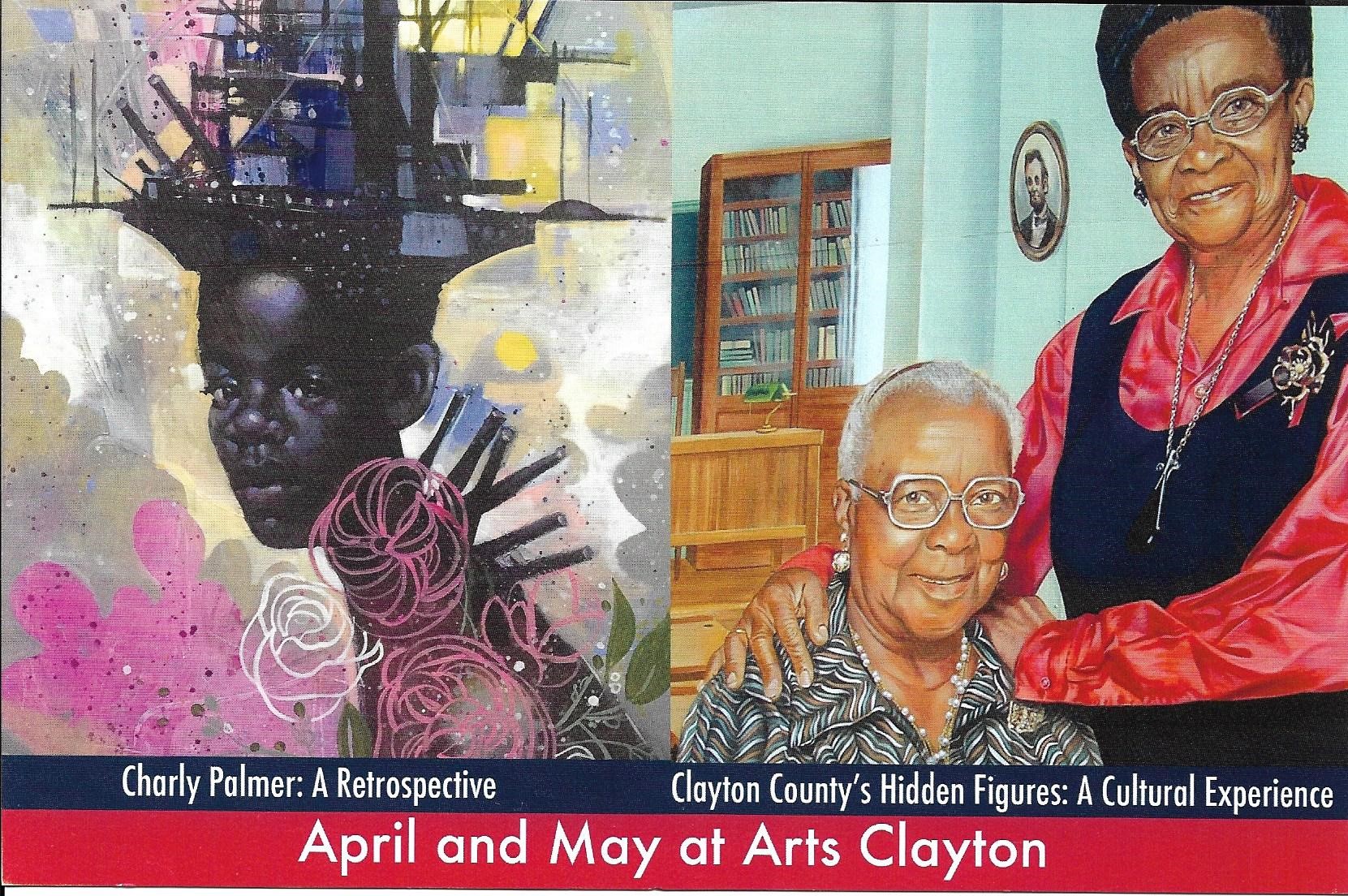 Georgia art enthusiasts, mark your calendars. Clayton County’s Hidden Figures is the theme and title of Arts Clayton’s latest exhibit, opening  Friday and running through April and May 2017.

This exhibit showcases important figures in Clayton County's past, including beloved educators Eula and Lilian Arnold, as well as a contemporary look through the art of Charly Palmer.

Celebrating the legacy of the Arnold sisters.

The Arts Clayton Gallery exterior features a mural portrait of the two sisters, Lillian and Eula Arnold, who were educated at the Jonesboro GA Rosenwald School for black children in the 1930s, attended Clark University in the 1940s, and later devoted their lives to teaching Jonesboro's black children at the segregated "Jonesboro Colored School" in the 1940s and 1950s.

The Rosenwald Schools  were built in the early 20th century as a solution to the scarcity of schools for African-Americans in the rural South at that time.  The school-building program was the idea of educator Booker T. Washington (1856-1915) who approached Julius Rosenwald, (1862-1932), the president of Sears, Roebuck and Company.  The result stimulated the building of over 5,000 schools, vocational workshops, and teachers’ homes in the South.

Arts Clayton's executive director, Linda Crissey, is currently involved in a historical preservation initiative which will renovate the original school building and reopen it as a museum of Georgia history and art.

Also featured in April and May is the work of Charly Palmer, an accomplished and successful graphic designer and illustrator, born in Alabama and currently living in Atlanta. Palmer’s work has been commissioned for the 1996 Olympics and the Atlanta Convention and Visitors Bureau.

Other examples of Palmer’s work is in private and public collections which include Atlanta Life Insurance, McDonald’s Corporation, Miller Brewing Company, the Coca Cola Company and Vanderbilt University.

But Atlanta area residents and visitors can now see his work on display at the Arts Clayton Gallery. You won't want to miss it.  Admission is always free. For more information, call 770-473-5457.

That was an interesting history about the schools in the south.  I've never been there and had no idea.  This exhibit should be a good one.