The Monroe, NY real estate results are now available for the March 2017 period. March was an unusual month in several respects as follows.

Nineteen homes closed in the month. That volume was 46% higher than February, and was 36% higher than March of 2016. In terms of overall inventory, available single family homes in Monroe NY now number 98. That is an increase of 8 over the end of February. Even though inventory is increasing, levels still remain low in terms of a "typical" number of available houses in the area.

March sales price results were interesting for several reasons. First, the median price for March 2017 was $220K. This was a drop of 25% over the previous month and 16% less than the same time last year. This was probably primarily due to the huge number of distressed properties that were sold. Specifically, 37% of sales were either foreclosures or short sales. I think this points to the fact that everything is selling now; even those houses that need a lot of work. The second interesting thing to note is that March results included the highest priced home ever sold in Monroe (at least as far back as MLS records go) and one of the lowest priced. They were as follows:

So March was a very interesting month in terms of Monroe real estate. If you would like any other information for this area or any part of Orange or Rockland counties, feel free to call me on 914-419-0270 or email me at kat@thehousekat.com.

super report to share with buyers and sellers to let them know what is going on in the local market!

Thanks for sharing March 2017 the real estate market report for Monroe New York.

Lou - Thank you for stopping by.

Good morning Kat.  Thanks for keeping us updated with the Monroe NY real estate market.

Good to know...about Monroe and everyone in your area should know that Kat Palmiotti is the agent to call for all things real estate.

Sounds like business is booming in Monroe!  I hope that you are getting your fair share of the business! 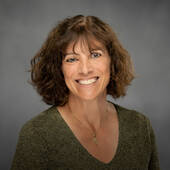