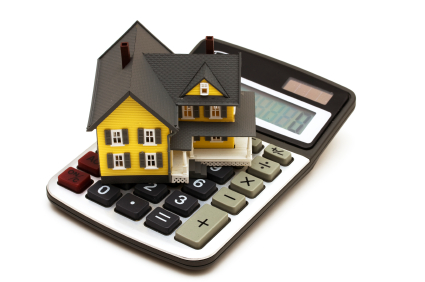 A detailed discussion of Illinois property taxes could induce me to become inarticulate, crazed, and possibly jailed for spreading misinformation.  So I'll keep it simple because it's a question that is often asked by both buyers and sellers.

In Illinois, homeowners pay real estate property taxes in "arrears," which the dictionary defines as:

"the state of being behind or late, especially in the fulfillment of a duty , promise, obligation or the like."

So basically, our payments are always past due - but not in a negative way since the system was set up that way. So what happens to these back taxes when the home is sold? That's when it gets confusing because obviously, a new owner of a home does not want to pay property taxes for the period they didn't live there.

Assume that a buyer closes on a property on June 1, 2017.  The first installment of the tax bill for 2016 has been paid (in February of 2017) but the second has not been received yet and no one knows exactly how much it will be.  The seller must close the gap and pay for all accrued property taxes through the close date - which includes whatever is left from 2016 plus the past days in 2017.  This is called "proration" and simply means that the tax obligation is divided according to the respective  ownership periods of the buyer and seller.

Because future bills have not been issued, your real estate attorney will use a tax multiplier to determine what the bill might be.  The North Shore Barrington Purchase contract, in paragraph 10, provides for you and your real estate agent (and ultimately attorney) to complete this part:

Line 97 is commonly filled out at 100%, 105%, 110%, or more of the last known full-year property tax bill.  The seller pays that amount more to cover any increase in property taxes between the close date and the issuance of the of the final bill covering his tenure.  There are increases due to Tax Rate and Assessed Value increases.

$11,000 is the amount the buyer is credited at closing less any payments the seller has already made. If the first installment was $5500 (55% of prior full year bill)  was already paid, then

Buyer also needs credit for the number of days past in the current year (so a June 1 closing would add 152 days.)

This isn't a perfect system since either side could end up owing (or having paid) more.  However, the only alternative is to reprorate the taxes at a future date which involves keeping your attorney involved and staying on top of the tax bills when they are issued.  Reprorations are done occasionally, particularly during a triennial reassessment year (the next one being 2018.)

Property taxes can be a daunting subject, but be assured that every attempt is made to ascertain that each side is paying their share of the bill based on residency (and claiming the proper exemptions, a blog topic for another day.)  Hiring a real estate attorney is not mandatory in Illinois but it is always done with good reason.  And based on the complications of property taxes, now you know why it is so important.

**I had a competent real estate attorney look over this article for me before publishing.

This is certainly good information for homeowners, especially new ones, to understand. Good for you to have attorney advice on this first - it certainly can be confusing, can't it?

HI Jeff - yes, attorney advise for this article was most necessary. 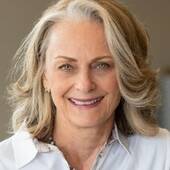 12 Reasons to Buy a Home in the North Shore

Moving to the Suburbs?  Winnetka or Hinsdale?

Reviews on Zillow
2727710
"Margaret is a real pro. She really took an interest in understanding what we were after and found us a great house after only a few days of looking. ... more "

5.0/5.0
by adelmad
9018
"Margaret is an excellent real estate agent! Highly professional, reliable, efficient, knowledgeable. I was very pleased with her services and highly ... more "