Ah, the farm life! Corn and beans growing in their fields. Bees buzzing as they softly kiss each wildflower. Cattle lowing in the distance. The patter of water as a sports car is washed inside a five-car garage.

Wait, what?! Yes, you heard that correctly. Richmond “farm” life has been seeing an increasing number of permit requests for luxurious, estate-style manors to be built on ALR (Agricultural Land Reserve) properties. While some agricultural land owners claim these sprawling buildings are necessary to house the extended family needed to operate large farms, others see land speculators developing cheap rural lands with very little in the way of horticulture to show for it.

The issue of “how big is too big?” has divided Richmond when it comes to limiting the size of residential buildings constructed on ALR lands. Richmond’s council has been weighing bylaw changes since the start of the year, and are currently evaluating public opinion before they draft proposal laws. If such a bylaw is passed, more and more developers will likely end up looking to high-density residential housing, such as building additional condos closer within the metro area.

The Richmond council has begun researching new bylaw proposals in response to the increasing size of permit requests on ALR lands. In 2010, the average house size listed on permit applications for ALR lands was 8,557 sq. ft. By 2015, that number soared to 12,583.

Sizes for the largest requested homes have also ballooned to astounding proportions. While the largest home plan listed on an ALR lands permit in 2010 was 15,544 sq. ft., the biggest home in 2015 was 24,032 sq. ft. Last year, the largest permit applied for described a home that was 41,000 sq. ft. — nearly an acre! “ “We turned them down,” Councillor Harold Steves assured the CBC. “That’s not a single-family home.”

According to many upset locals, these “monster” sized homes are the result of speculators taking advantage of cheap ALR lands, which come with lower property taxes, financial incentives and deeper setbacks. In essence, residents argue that developers are going on land grabs to avoid the rising prices of urban and suburban lands in the metro Vancouver area, instead looking to low-competition ALR lands to essentially develop residential estates and “hotel-like” complexes.

Since British Columbia’s ALR bylaws have no minimum productivity requirement for ALR lands, property owners have no incentive to even pretend towards agricultural intentions. This type of “no-till” agricultural development has lead to other cities limiting the size of properties on ALR lands. Delta, for instance, has a 5,000 sq. ft. limit on ALR homes, and even smaller limits on properties with less than 20 acres.

While the tussle over farmhouse sizes rages in the council chambers, developers are no doubt seeing it as a signal that they may need to move to higher density projects. As a result, we may see even more new Richmond condo developments in the area as well as increased interest in existing condo units. 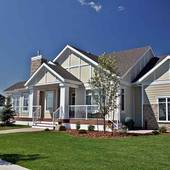 Home Selling about 5 years ago
bookmark_border
3 Tips Increase the Chances of Getting Multiple Of ...
View more Recent Posts   arrow_forwards