The Outer Banks (OBX) of North Carolina has been named the “South’s Best Island” by Southern Living in the magazine’s March 2017 issue themed “The South’s Best.” (see https://goo.gl/9KoZjF ). This narrow string of barrier islands off the coast of North Carolina earned the top spot and edged out other popular beach towns, including Hilton Head, Galveston, Tybee Island and the Florida Keys for the publication’s first annual “South’s Best” awards. More than 22,000 Southern Living readers were surveyed for their opinions on destinations and attractions that define the Southern United States in 13 categories: small towns, cities, resorts, tailgates, restaurants, museums, breweries, bars, BBQ joints, shops, hotels, inns and islands.

Stretching nearly 200 miles from Carova to Ocracoke Island, the Outer Banks are bordered by the Atlantic Ocean to the east and a series of shallow sounds to the west, offering opportunities to enjoy exceptional fishing, incredible seafood and world-class watersports ranging from kiteboarding to standup paddleboarding. Best known for its pristine and undeveloped beaches, the Outer Banks is characterized by a relaxed vibe and family-friendly atmosphere, making it a top choice among travelers from all around the world. Instead of towering hotels and busy boardwalks, here you’ll find vacation rental homes ranging from quaint cottages and cozy condos to luxury estates that feature resort-like amenities. With a rich history that dates back several centuries and an assortment of attractions that offer something for visitors of all ages, the Outer Banks is a vacation destination unlike anywhere else.

And while we’re extremely proud to officially hold the title of the ‘South’s Best Island,’ to those of us who are residents and frequent guests of these beautiful barrier islands, the accolades come as no surprise!! 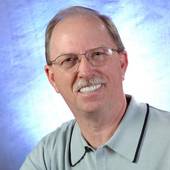