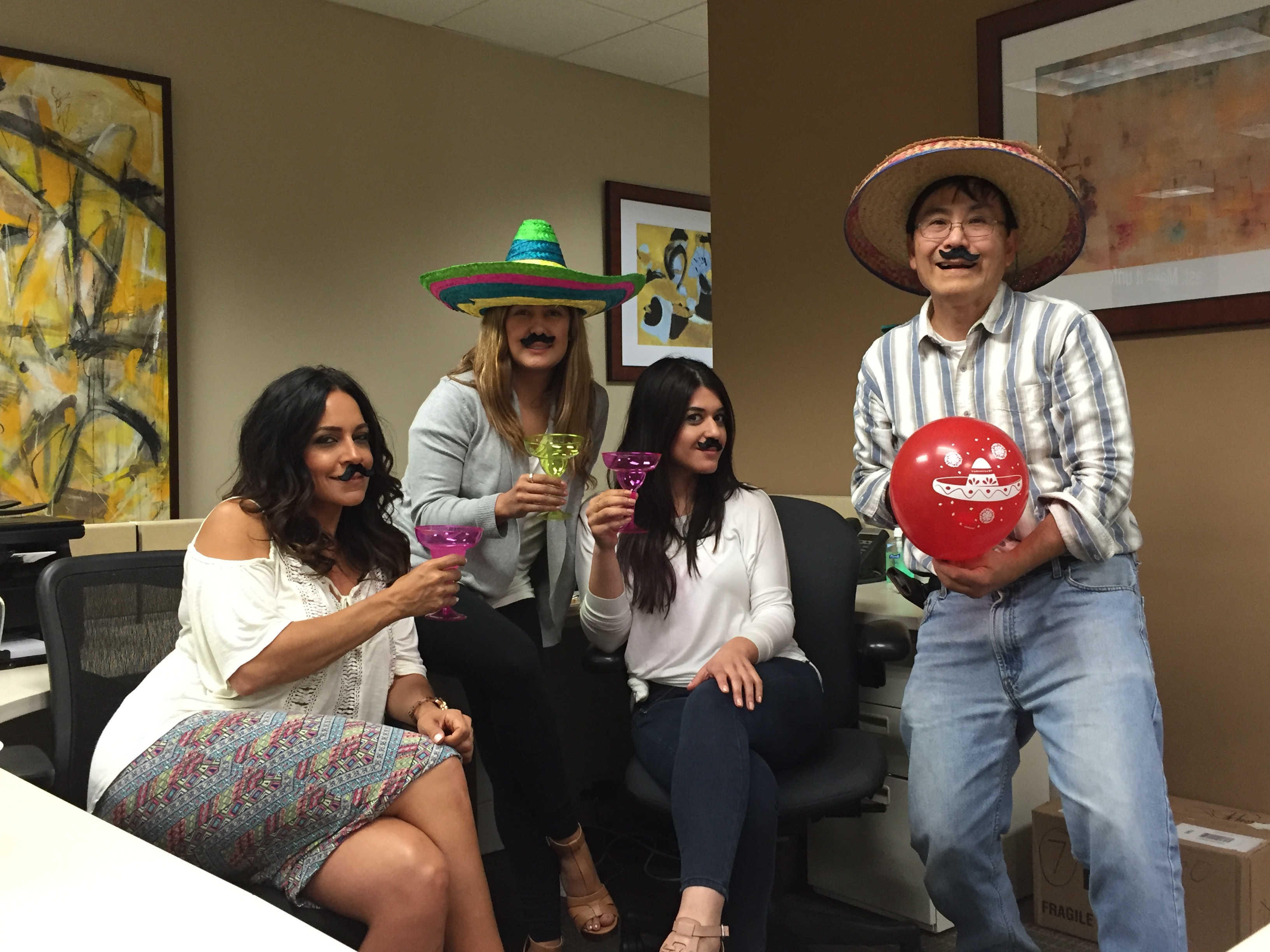 Until recently I thought Cinco de Mayo was the celebration of Mexican Independence day from the Spanish rule.  Actually it is a minor holiday to commemoration driving French out of Puebla during the Franco-Mexican War in 1862.

In the United States Cinco de Mayo has evolved into a a commemoration of Mexican culture and heritage, particularly in areas with large Mexican-American populations.  When I arrived at San Jose, CA years ago the most popular name was Rodriguez and 50% residents spoke Spanish.  Over the years Nguyen became the most popular name.  I saw at least 18 pages of Nguyen and there were 3 pages of them with identical first, sometimes middle and last name in the telephone book.

These days only 23.5% local residents practice Spanish at home and I sometimes can surpass younger Latino in conversational Spanish.

On short notice and shortage of eligible men performers the Mucho Hermanos team was volunteered to do a dance and song at the local senior lunch. Women do not feel comfortable putting on mustache and this is their adios shot.

Nothing is completed without having a drink at the end of the day to celebrate a north American fiesta. Viva Cinco de Mayo! Groups:
The Art Of Marketing You
Inspiration Station

This is local heritage. Children learn about Mexican cultural and heritage. We adult learn about enjoying good food, music, and sipping Magarita drink.

There are just two Latinos in these photos as far as I can tell.  Viva Cinco de Mayo!

Affordable panchos ordered on Amazon speeded up the delivery of gears.....

You got great pictures there:)

Congratulations to those who celebrate!

Sam Shueh Too much fun; Glad you enjoyed the celebration. I celebrated by speaking French all day!

Looks like you had a fun Cinco de Mayo, those margaritas look tasty!  Enjoy your weekend!

Sam Shueh ~ Cinco de Mayo is a great day to have some cheer and celebrate, and I love seeing how much fun you had celebrating

Walt and I tried to go to our favorite Mexican restaurant on Cinco de Mayo but the line of people waiting to get in was insane.