Last evening was our AR meetup that was planned back in March. Unfortunately as time went on everyone dropped out of attending. I ended up cancelling it but Jeff Dowler and I were so bummed that we decided to meet anyway. I am so glad we did.

We orginally were going to meet in Annapolis but changed it to National Harbor overlooking the Potomac River. Though traffic was anything but delightful getting there, once there it was calm, beautiful and well worth the trip. We met at this restaurant called McLoones Pier House that overlooked the Potomac River and the giant ferris wheel. I had asked one of the servers if she had been on it and her answer was yes and she loved it. Me not being totally thrilled with ferris wheels decided to trust her take on it and give it a whirl. When I mentioned it to Jeff he was definitely up for the adventure. As the sun was setting we paid our food and drink bill and headed towards this gigantic wheel. Neither one of us had been on a ferris wheel in probably 30 years or more so the excitement was building and my nerves were starting to come alive. What was I thinking I said to myself? Obviously I wasn't thinking at all and before I knew it I was standing at the gate to board the basket in front of me.

It was all enclosed, climate controlled and music playing. There were 2 long seats on each side so each basket could seat 6. Jeff was like a little kid and couldn't wait for it to start moving. I was like 'do not move, if you shake this thing I will certainly kill you'. It turned out to be truly delightful. No swaying, very smooth, and the views were spectacular. This ferris wheel was built to be strong and steady. We circled around I think it must have been 6 or 7 times. When I stepped off I looked up at the attendant and said 'that was so cool'!! He laughed and said he was glad I enjoyed.

I am so glad Jeff and I decided to 'go for it' and have a meet up anyway. It turned out to be one of the best I have ever attended.

Martha,  the two of you are the perfect combination for a duo meetup. I've meet Jeff Dowler - I hope someday to meet you in person.

Kathleen I would love to meet you one day. You never know it just may happen.

Oh wow, I haven't been on ferris wheel for years.  So glad you had fun and so glad you got to spend time w/ Jeff.  Hopefully I'll meet him one of these days.  He was here, but I was totally busy or out of town.

Jeff is delightful so hopefully you will meet him one day as well.

I always think they are so great. Glad you weren't too scared. I myself do not like it when people 'rock the boat'. I remember one year at the Air & Water Show we were on the ferris wheel at Navy Pier (Alan explained it) & the Thunderbirds buzzed each side of the ferris wheel! It was so awesome & my friend screamed which made it all the more laughable!

Now that sounds like an incredible experience Lyn. I must say I was quite pleased at how steady this one was even when Jeff was moving around I really could not feel it.

Martha, I looked forward to this ever since you posted and then life happened (and continues to happen). Hopefully, I'll make it on the next AR adventure in the Metro area. Living out here in the valley gets pretty quiet at times. I can use the excitement.

I'm so glad you all had a good time.

Hopefully you will Mike although I am not sure a ferris wheel will be involved. LOL

I'm glad you had such a wonderful time. I don't know if I'd have had the nerve to go up that high.

You may surprise yourself Marte

I am so glad that the two of you got together.  It was a rough day for me to leave the area.  My scheduled mom chores ran longer than anticipated.  That happens a lot these days.

I am to Chris Ann. It was a perfect meet up.

we are too Kat. The evening flowed beautifully.

Martha Brown  Glad to hear you and Jeff had a great time getting together. The ride on the Ferris Wheel must have been fantastic with the sunsetting. Sorry I couldn't make it. I had committed to another meeting I had originally bypassed after I got you cancellation notice. Based ont he comments I you've gotten it looks like a lot of people with they had come.

So sorry it got all messed up. I was struggling with what to do. When I realized jeff was as bummed as I was we decided to go for anyway. Hope your alternate meeting turned out to be delightful as well.

There are a number of Ferris Wheels around the globe, that are so much larger than those I remember as a kid.  I remember staring at the London Eye when in that city in 2006, and being simply amazed.

I'm glad you were able to meet up with Jeff.

Did you not get on it Myrl? Next time is a must.

Thank you for sharing how a meetup that failed ended up soaring.

Thanks so much John. Soar it did.

Bahaha. Yes it literally was a meet UP.

I love National Harbor!! This Virginia girl has been there a few times, but I haven't ridden the ferris wheel. I'll have to make sure I do this next time I am up there.

You really should Anne. It is amazing especially at sunset.

How great is that? A meet-up that was even more than real estate. Couldn't tell you when I was last on a ferris wheel but a group mentality might have been just enough to persuade me to go.

Well that was certainly a novel meet up for sure. And you got to meet a left coaster also.

I love doing he unexpected and jeff being game made me determined. This was my 3rd time meeting Jeff so I feel like we are old friends.

Jeff made some comment about not being fond of heights and you weren't too sure either...but you both did it. I don't think I could have. I would have had a panic attack I'm sure. So glad you enjoyed it!

Certainly the most adventurous meetup I've heard of!

Sounds fun.  Sometimes you just have to do what you think you should.  It pays off.

The two most important people showed up. What a great treat to go on the ferris wheel together, That's taking the meet up to new heights!

Came back to read all the comments - it really was a fun evening from start to finish. And so nice to get the call from Margaret Rome, Baltimore Maryland  while we were there, too!

I also got to have lunch with Patricia Kennedy  on Wednesday which was great fun!

What a fun story, Martha. You know, that's my rule too. NO ROCKING the ferris wheel chair. Not even one little bit. It's a little frightening to be sitting at the top when the wind kicks up. Makes my heart pound. I have broken relationships over rocking the chair when I asked not to. Complete disrespect. If people think it's funny to cause me stress like that, I don't need them in my life. Good to hear Jeff didn't rock it for ya.

Too bad it was cancelled but you made lemonade out of lemons. 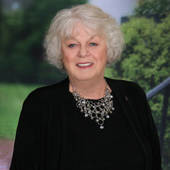